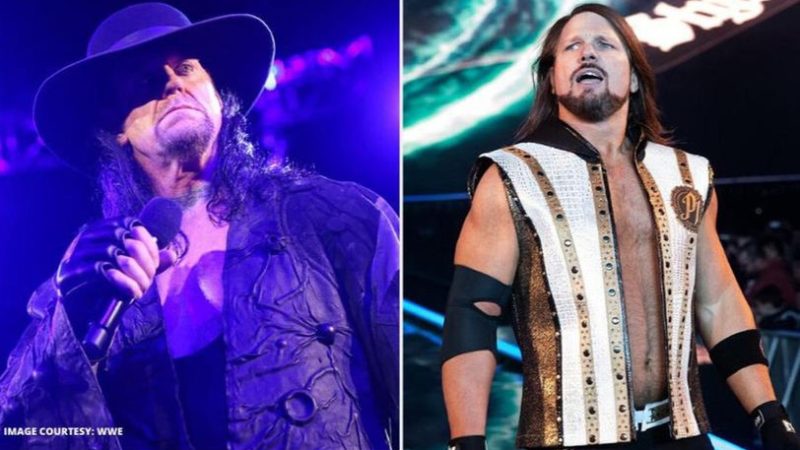 AJ Styles and The Undertaker stole the show on Night One of WrestleMania 36 in their Boneyard Match. The cinematic match was seen by many as the highlight of the two-night event.

Shortly after this, The Undertaker announced his retirement from WWE, making Styles his final opponent in the company.

During a recent Twitch Stream, AJ Styles revealed that he wants to face the Deadman once again albeit with much higher stakes. Styles said that The Undertaker has never held the Intercontinental Title in WWE and since he is the champion, he’s willing to put it on the line.

The Phenomenal One went on to say that if Taker manages to beat him, he will leave WWE. However, if Styles wins, The Undertaker leaves WWE forever.

Styles said that the story is there and said that they could run a match at SummerSlam. He even said that although The Undertaker announced his retirement on the documentary, he never said to him in person.

He also brought up the fact that The Deadman would return if Vince McMahon ever needs him back.

You can watch the video of Styles hyping up a Career vs Career match against The Undertaker here: