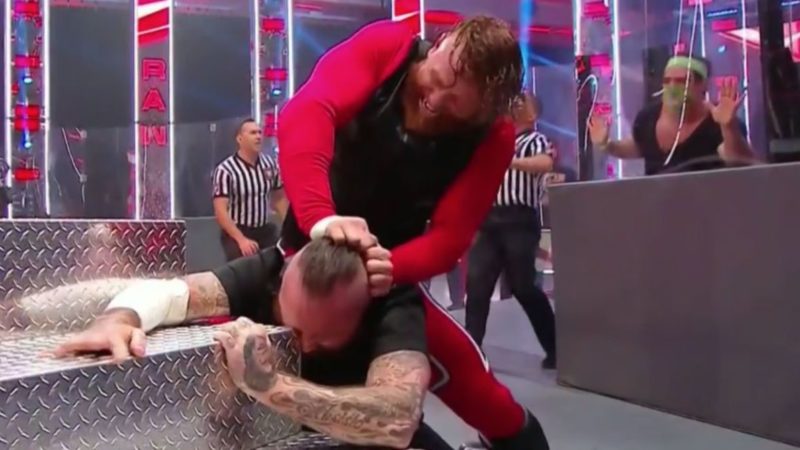 On this week’s episode of Monday Night RAW, Aleister Black was taken out by Seth Rollins and Murphy. Murphy attacked Black’s eye and now it seems he has been written off of WWE television.

During Wrestling Observer Radio, Dave Meltzer discussed the attack on Black. Meltzer says that while the plan is certainly to take Aleister Black off television for a while, he is unsure of how long Black will be missing. He also commented that such an angle was “kinda weird” considering that the WWE is in need of more Superstars right now.

It was reported earlier that Vince McMahon no longer sees anything in Black, so the injury angle could have taken place as they did not know what to do with him.

It was not specified how long the Superstar will be on the shelf for. It is likely we will be seeing him feuding with Rollins and Murphy upon his return.