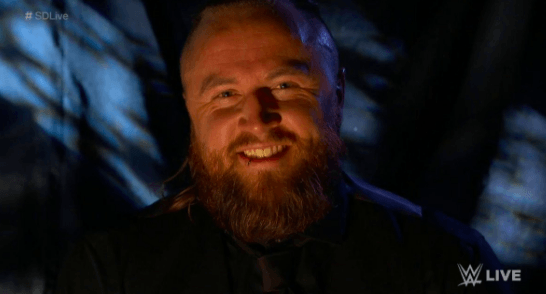 For the last couple of weeks, Aleister Black has been issuing an open challenge to all the Superstars to come and knock on his door and pick a fight with him. However, his challenge wasn’t answered by any Superstar until last week when someone finally knocked on his door.

Black revealed on this week’s SmackDown LIVE that the person who knocked on his door was nowhere to be seen when he opened the door. However, Black laid out an open challenge for this person at Extreme Rules and asked him to show up and face him there.

It will be interesting to see who answers Black’s challenge at the Extreme Rules pay-per-view. Reports suggest that Cesaro could be in line for a match against Black at the pay-per-view while other rumours indicate that it could be Randy Orton.

Either way, this should be an interesting match on the Extreme Rules pay-per-view.