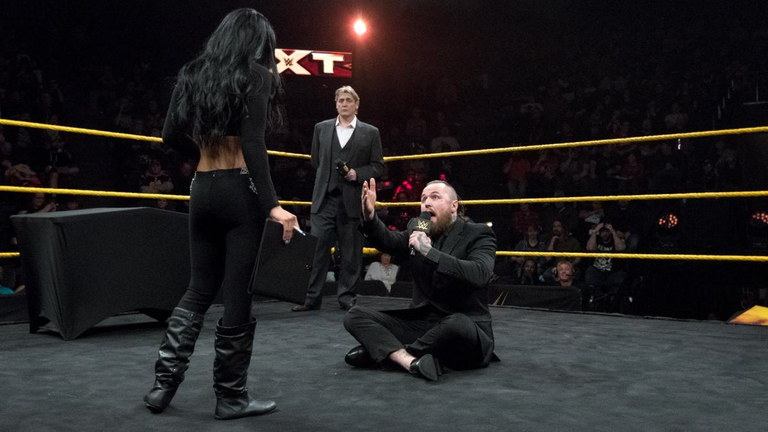 Aleister Black recently spoke with Rich Ucchino of Sportskeeda where the subject of his wife came up. Black and RAW’s Zelina Vega are married, and even have their own YouTube Channel, A to Z.

When asked if we could see the couple pair up on screen, Aleister Black said it wouldn’t make sense. At least, not now.

Zelina Vega recently stepped away from managing WWE Superstars to take a shot in the women’s division. A talented in-ring competitor in her own right, Vega looks to prove herself on RAW, or SmackDown should she be drafted.