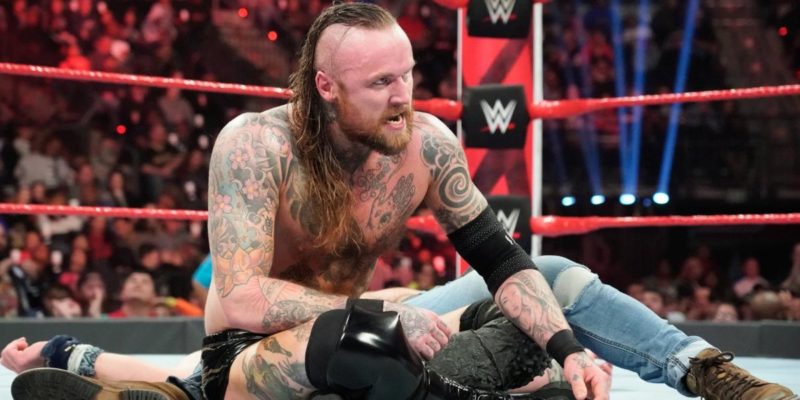 Aleister Black is an extremely talented Superstar with an enigmatic gimmick that sits well with the fans. However, it seems like there’s another side to Black which currently seems much more vicious than his devastating finisher “Black Mass”.

Lana and her husband Rusev are not the quietest Superstars in the WWE locker-room and they’re often seen making bold statements on Twitter or on other platforms.

The Ravishing Russian responded to a tweet by Matt Hardy where Hardy expressed his excitement about teaming up with Aleister Black and Ricochet on this week’s SmackDown LIVE. Lana, obviously not thrilled by this, took shots at both the teams and called Black “insecure” and “ordinary” among other things.

A dream team?We have Aleister who is so ordinary & insecure he had to tattoo his entire body to fit in with the misfits. Ricochet who just flips all over the ring with no emotion like the cirque du soleil & then we have the legends…THE HARDY’s returning for the 17000th time!YAY https://t.co/exgTDj4B8p

Ironically, what followed next wasn’t so ordinary. Aleister Black responded to Lana by saying that her words are interesting for someone whose body is majorly “enhanced”.

Interesting words from someone who’s body is 90% “enhanced”. https://t.co/OVNWoSfNlA