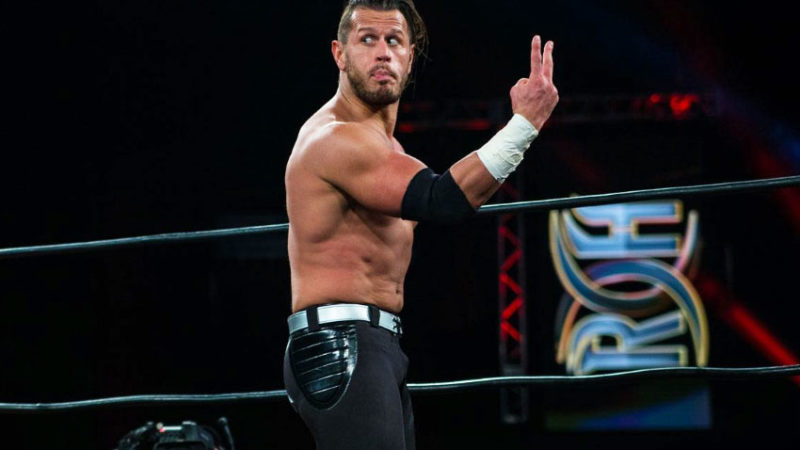 Alex Shelley, the Impact! star opened up on the formation of AEW during an interview with ALL Real Wrestling Podcast.

Alex Shelley: I think it’s awesome and good for them

During the interview, Alex Shelley was asked if he had foreseen the formation of AEW by a group of wrestlers.

“Oh, certainly. You know, I grew up watching WWF mostly, but ECW is basically an independent that just grew. And especially the further along I got in the business, you would see people go up, and come down, and go up, and come down, and it happens all the time. Was I surprised that a major backer gave somebody money to start a wrestling company or they saw potential? Not really, that happens. And I think it’s awesome and good for them. I’m glad they’re all making great money, and I’m hopeful that they’re happy.”

Shelley, was then asked about his interest to turn up in AEW. He said he would love to try out new things. He then praised AEW for putting up the opportunity for others and also lauded the quality of wrestling the showcase.

“No. I mean, it’s not– I don’t have a bucket list, you know. I really, truly just try enjoy everything for what it is. I would go there. Sure, yeah, I would, but it’s nothing I have to do to be content with my career or to enjoy life, but that makes sense. But yeah, good for them. I’m happy that people are able to work somewhere else, and I’m sure the product they put out is awesome.”

Shelley returned to Slammiversary with Chris Sabin as they reunited The Motor City Machine Guns. At the event, they defeated The Rascalz. On the following episode of Impact, they defeated The North and won the Impact World Tag Team Titles for a second time in their careers.