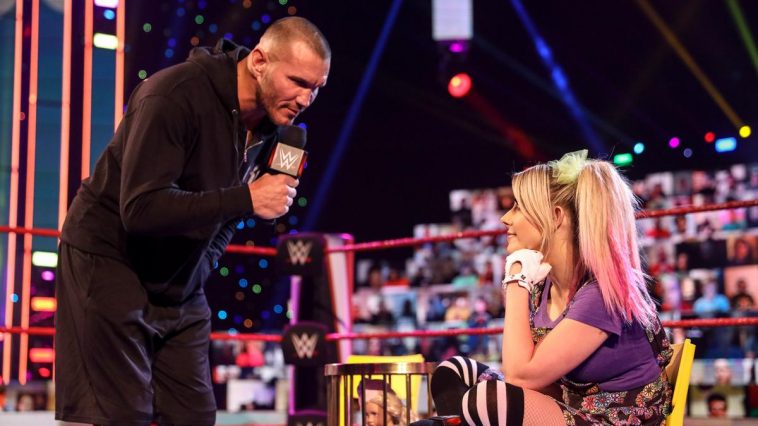 It was recently reported that Randy Orton’s wife, Kim took to social media via Twitter to vent her frustrations at Alexa Bliss’ controversial and successful pinfall attempt during Bliss’ match against Orton at WWE’s Fastlane pay-per-view event. However, this isn’t the end of this story as it is now being reported by Steve Carrier of Ringside News that the tweet that was sent out by Kim Orton was very much legitimate and not part of any professional wrestling angle. This professional wrestling icon called out Randy Orton prior to WrestleMania.

As stated by Carrier: “Randy Orton’s wife sent out an angry tweet after Fastlane. We were told that was “100% a shoot.” She was actually very upset at how Bliss decided to pin her husband. Orton was also “in a bad way” about it the next day”

In other news regarding Randy Orton, during a recent interview on Steve Austin’s ‘Broken Skull Sessions, ‘The Viper’ stated how he had originally had no interest in facing former WWE Champion Drew McIntyre – a position which has since changed. Orton made the following remarks and credit to Ringside News for the below.

“Originally, I had no interest in being there with him. We got closer and closer and closer and closer and he grew on me. And we had like three or four pay-per-view matches and I slowly learned more about this guy. I did watch y’all sit down when it came out and like, I felt that, I felt that. I got to know him to the point where I know he’s got heart and I know he loves this business and I know that this business has given me everything I have and he feels the same way. And here we are, let’s do what we can to elevate each other and to make what we love as great as we can.” A Randy Orton ‘racial insult’ accusation was recently revealed.