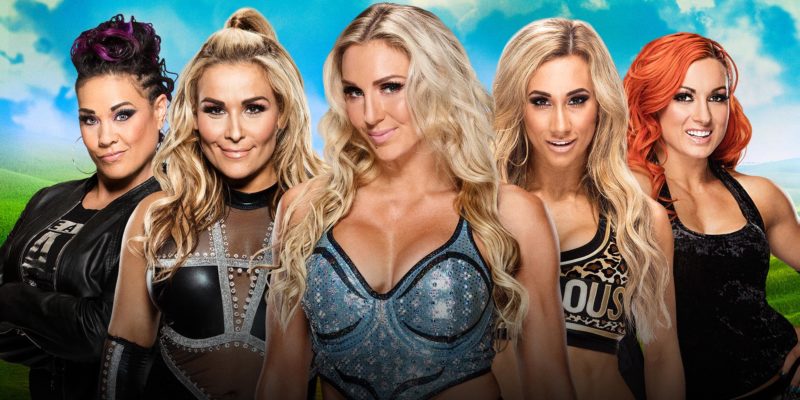 WWE has released a series of videos of female Superstars from RAW and NXT discussing the first-ever women’s Money in the Bank Ladder Match Sunday at the PPV. Alexa Bliss and Bayley predicted Carmella as the winner of the match. Ember Moon and Sasha Banks predicted Tamina to win the match on Sunday. Ruby Riot predicted that Becky Lynch will be the Superstar that grabs the briefcase. You can check out the full interviews about the ladder match in the videos below.