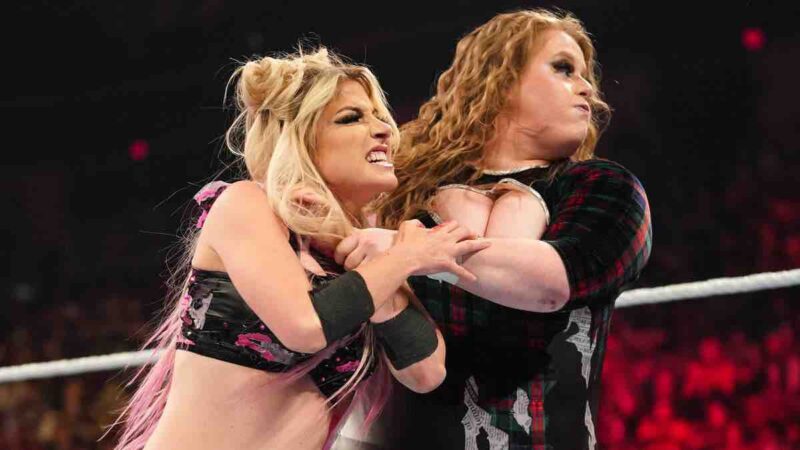 The former RAW and SmackDown Women’s Champion Alexa Bliss recently dropped an interesting reference about her old gimmick after this week’s episode of Monday Night RAW.

After being away from WWE television for a while, during which time she married Ryan Cabrera, Bliss returned on RAW three weeks ago. With a new gimmick that has shades of her original The Goddess character, Bliss has been on a winning streak on the red brand. This week, she defeated Doudrop in a singles match on the show.

After the show, Little Miss Bliss took to Twitter to send an interesting message, stating that she misses “that” version of herself. She hasn’t specified which version she is talking about, and fans are speculating it to either be her dark character or her original Goddess gimmick.

“To be fair … I miss that version of me too,” wrote Alexa Bliss

Speaking on Sportskeeda Wrestling’s Legion of RAW a couple of weeks ago, former WWE head writer Vince Russo questioned why Alexa still has her doll with her even after she has changed her gimmick.

“She’s [Alexa Bliss] got this new rocker-type music and a new gimmick, but she still has the doll. The only thing I could think of as a shoot is like there are 10,000 of those dolls in the warehouse and they gotta sell. Seriously, otherwise why would she still have it if it’s not a part of the gimmick at all?” said Vince Russo.

The former WWE RAW Women’s Champion Alexa Bliss recently made her return to on-screen programming. It seemed that she returned under his previous gimmick. Bliss defeated Sonya Deville in a 40-second match on a recent edition of Monday Night RAW after a three-month absence from television.

Bliss had been away from WWE programming for quite some time now. She was featured in several ‘Therapy sessions’ on RAW and she had returned to in-ring action at Elimination Chamber 2022 premium live event in Jeddah, Saudi Arabia. She failed to win the Women’s Elimination Chamber match and was written off the programming. Bliss recently showed off her new tattoo as well.