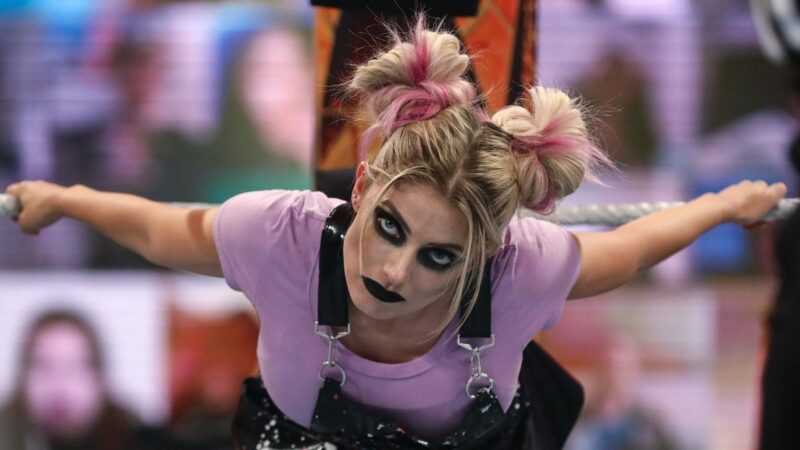 The recent transformed persona of Alexa Bliss has been loved by many fans and she is currently doing an incredible job on Monday Night Raw. Of all the fans, it turns out Kaia, the daughter of the WWE icon, The Undertaker is a huge fan of Bliss.

It was recently noted that Kaia, with her mother and former WWE star, Michelle McCool were present at this week’s edition of Monday Night Raw. They were seated in the front row to cheer for the favorite stars.

Recently, Michelle McCool took to her Instagram story section to share a picture that featured Bliss and Kaia, both carrying the Lilly doll. McCool wrote:

“I’ve been told that Lilly is watching my every move”

The Undertaker’s daughter was even spotted wearing the similar gloves which Bliss wears.

You can check out the screenshot below: 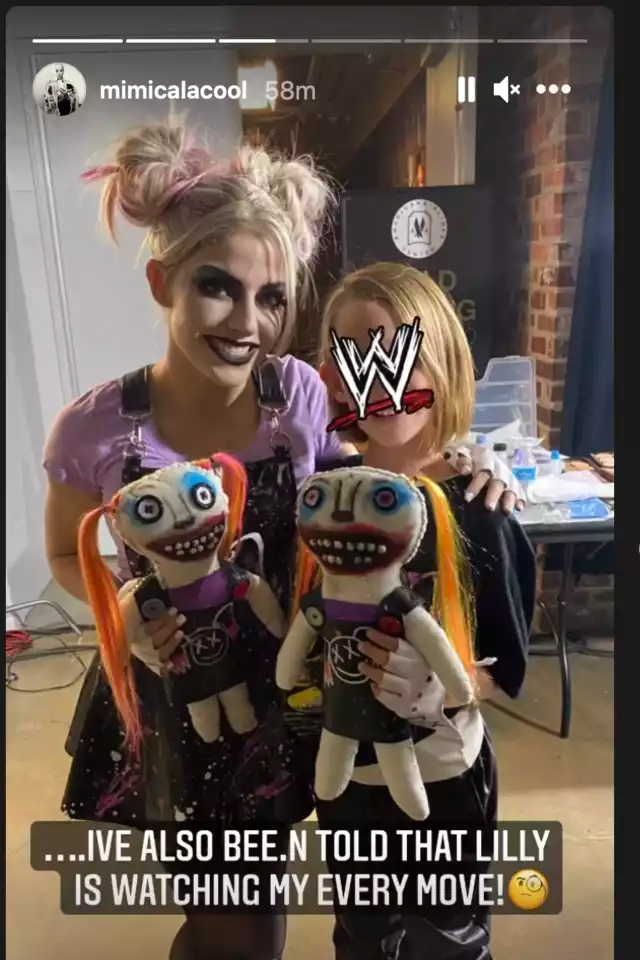 On this week’s edition of Raw, Eva Marie and Doudrop were seen in a backstage segment with Bliss. Just as Marie began to leave the set, she stumbled and took a fall, apparently due to Bliss or Lilly’s superpower.

Bliss appeared on RAW Talk and explained whether she was responsible for Marie taking a tumble.

“Nah, she’s just clumsy. I didn’t do anything to make her fall.She just tripped over, maybe from the high horse she’s been on. She’s a little delusional that one.”

We will have to see how this storyline moves forward.