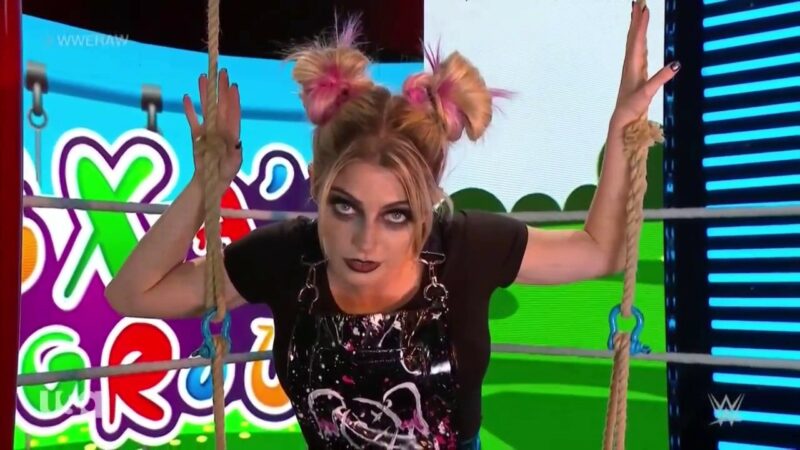 WWE star Alexa Bliss was recently spotted in an incredible look. She took to her Instagram account and posted a picture of herself. She was spotted donning a biker jacket.  Bliss also announced a personal tragedy in photo.

The former WWE RAW Women’s Champion recently made her return to WWE Raw last week after it was teased WWE. Fans were seemingly unhappy with her first segment upon return. A therapy session isn’t quite what the WWE Universe was looking forward to.

The fans heavily criticized the storyline and Bliss apparently addressed the critics and defended her gimmick. That storyline continued this week. The online critics appear to have garnered a reaction from Bliss herself. Bliss advised her fans to be patient:

Prior to her return, Bliss had teased her return even before WWE revealed the segment which aired on last week’s Raw. The therapy sessions again continued this week. Alexa’s answer to every question was just, “Lilly.“ Bliss receiving negative fan reaction might be a thing to note for WWE Chairman Vince McMahon and we will have to see if the company continues the therapy sketches. We will have to see how the storyline culminates as told by Bliss.