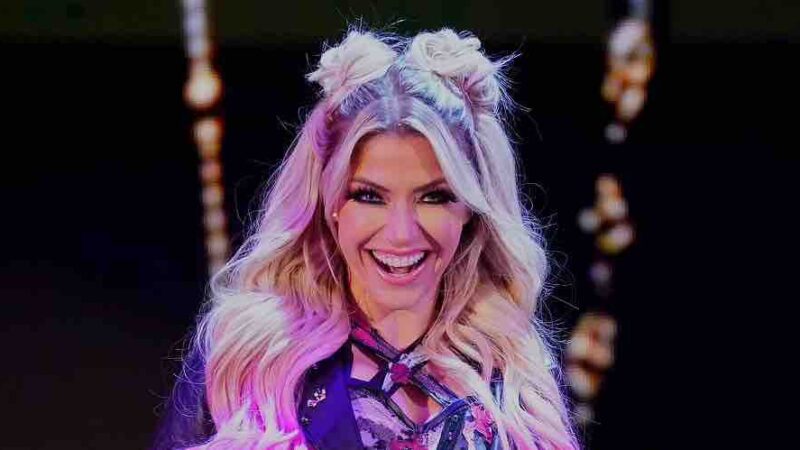 Alexa Bliss is one of the top stars of the WWE Women’s division and recently she expressed her desire to be on the level of former World Champion Dolph Ziggler.

Several fans have said over the years that Ziggler is underrated and really has not been utilized as well as he deserves to be. The Show-Off goes the extra mile in order to ensure his opponents look strong during the matches. Former WWE writer Freddie Prinze Jr. recently took to Twitter and commented on a video in which a fighter can be seen knocking his opponent down with a devastating kick to the head. Prinze Jr. stated that the man sold almost as well as ‘The Showoff.’

Alexa Bliss saw the tweet and decided to comment on it as well, as Bliss stated that she wishes she was on Dolph Ziggler’s level when it came to selling moves.

Idk I think@HEELZiggler has him beat

I wish I was on that level lol

I wish I was on that level lol

Dolph Ziggler is currently engaged in a feud with Austin Theory on Monday Night RAW. Meanwhile, Theory was seemingly in plans to face John Cena in a blockbuster clash at SummerSlam. However, WWE decided to move in a different direction. Theory recently won the Money In The Bank briefcase that contains the contract for a guaranteed Championship bout. He made an appearance on RAW in the opening segment with the newly-crowned WWE United States Bobby Lashley and seemingly will continue the feud. Reports have been floating around that the Cena-Theory match has been delayed until WrestleMania 39.