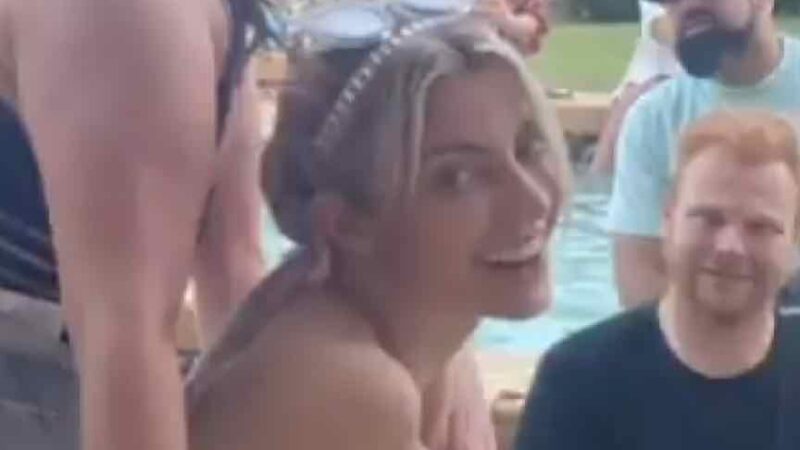 The former WWE RAW Women’s Champion Alexa Bliss recently took to her Instagram story section and revealed that she suffered a minor injury outside the squared circle. Bliss displayed a small cut on her elbow. According to the WWE star, the incident occurred at Disneyland.

“When you try to race Alex Smith, at Disneyland and full-on wipe out on the cement from running in loose golden gooses,” wrote Bliss.

You can check out the screengrab of the post below:

The former WWE RAW Women’s Champion Alexa Bliss recently made her return to on-screen programming. It seemed that she returned under his previous gimmick. Bliss defeated Sonya Deville in a 40-second match on a recent edition of Monday Night RAW after a three-month absence from television. Bliss had been away from WWE programming for quite some time now. She was featured in several ‘Therapy sessions’ on RAW and she had returned to in-ring action at Elimination Chamber 2022 premium live event in Jeddah, Saudi Arabia. She failed to win the Women’s Elimination Chamber match and was written off the programming. Bliss recently showed off her new tattoo as well.

On the latest edition of Monday Night RAW, ‘The Goddess’ faced her former tag-team partner, Nikki A.S.H and emerged as the winner. In the final moments of the match, Bliss hit a double dropkick and hit the Twisted Bliss for the quick victory.

Sonya Deville, who was Bliss’ first opponent upon her return, recently talked about the bout during an interview with Sportskeeda Wrestling. She had an excuse for coming up short against Little Miss Bliss.

“Alexa Bliss was I don’t know where and comes back and thinks she can beat me,” questioned Deville. “The first time, she got lucky because I was distracted; I was distraught. I just lost my job that I worked my butt off for the last year and a half, so she got lucky. She caught me off guard.”