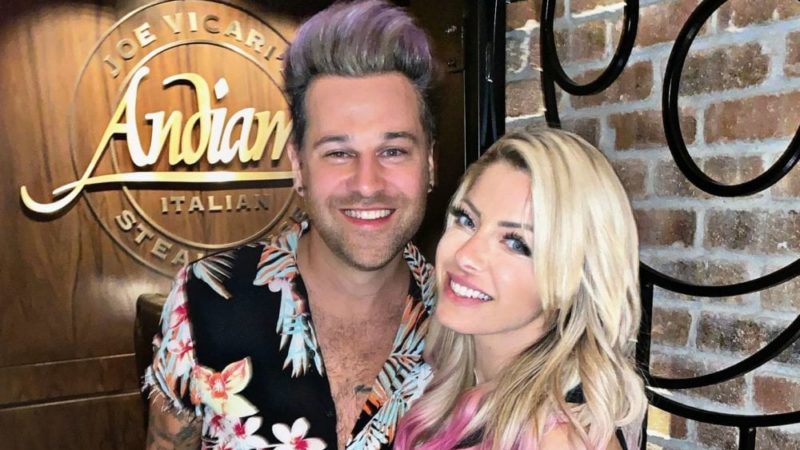 WWE Superstar Alexa Bliss has been having a great run on RAW with her latest storyline with The Fiend. She has a new look and a different theme, and is now making regular appearances in Bray Wyatt’s Firefly Funhouse.

Her boyfriend, singer-songwriter Ryan Cabrera proposed to her last night and Alexa Bliss said yes. The couple, who have been together for a year now, are now engaged to be married.

Both of them revealed the news on their personal social media accounts. Ryan Cabrera was the first to put it up on his Instagram story, and then Alexa Bliss shared it on her Instagram and Twitter accounts as well.

The WWE Universe is pouring out love and support all over the internet for the newly engaged couple.

Alexa Bliss was formerly engaged to fellow WWE Superstar Murphy, but their relationship ended in 2018. The two has remained good friends ever since.

How did the couple meet?

The day of the engagement is even more special for Alexa Bliss and Ryan Cabrera, as it is the same day they went out together for the first time one year ago.

Bliss posted a heartfelt message for her boyfriend, now fiancé, on Instagram about meeting him a year ago at a show at Epcot. She said that she did not think she would hang out with Cabrera ever again.

But fate had different plans for the couple, and here they are now a year later – engaged to be married.

“I met this guy with gold glitter shoes & aggressive hair 1 year ago today at a show at Epcot. Not thinking I’d see or hang out with him again 😂 so glad we decided to be in each other’s lives. My best friend who was super patient with me & turned into the love of my life 🖤 happy 1 year of knowing me! Hahaha “it must be pretty entertaining hanging out with me” @ryancabrera #meetaversary in 2 days I’ll post something nicer on the day we actually hung out 😂🖤”

Bliss had said she would post something ‘nicer’ in two days, which was the day they hung out for the first time.

We don’t know if she could have possibly known about the proposal, but an engagement news is as ‘nice’ as it can get!

Congratulations to the happy couple!