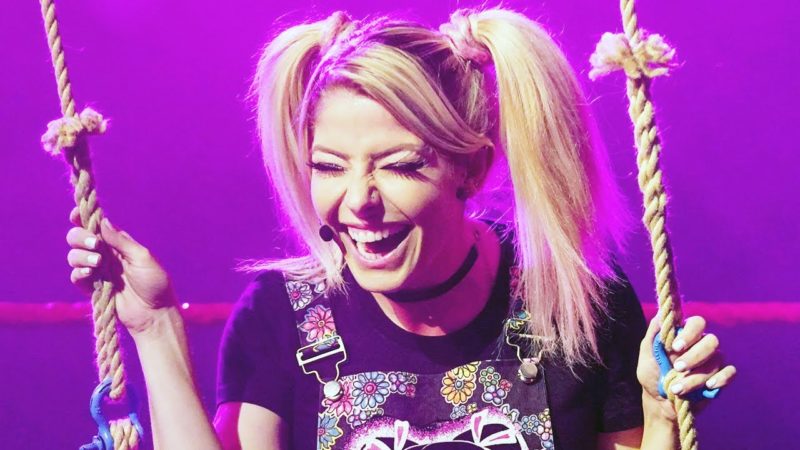 WWE star Alexa Bliss recently took to her Instagram story section and posted a picture without make up and was spotted having treatment for removing dark circles. She also told the fans how she has dark veins on her eyes.  Alexa Bliss also sent an emotional message to Paige. 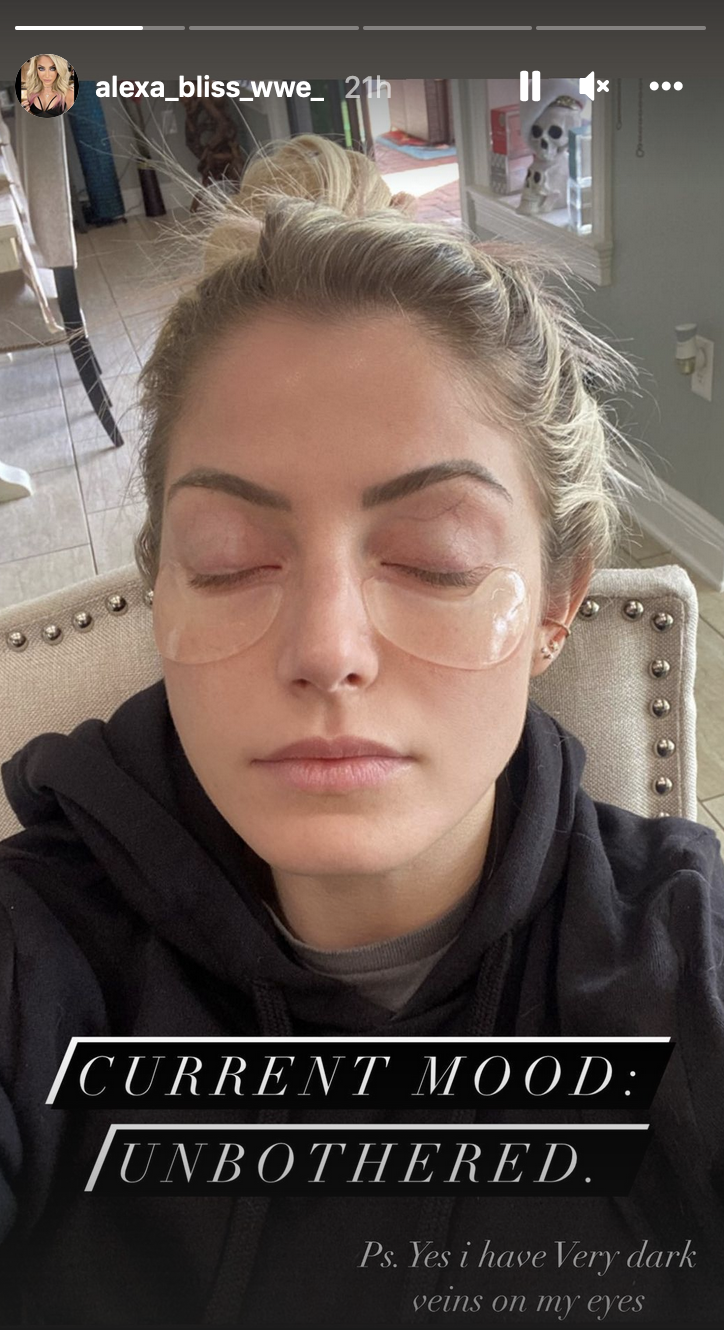 Alexa Bliss is set to return on Monday Night RAW

Alexa Bliss is returning to Monday Night RAW and the former five time WWE Women’s Champion has been dropping hints that she’ll be returning to her previous character. In a tweet released Monday morning, Alexa Bliss posed a picture of her dressed as her Fiend-inspired character, warning that “she” was RAW’s problem now.

Even after Wyatt was taken off TV, Alexa Bliss continued with her Fiend-inspired character and introduced a demonic doll named Lily as her new sidekick. Bliss defeated Eva Marie at WWE SummerSlam and then unsuccessfully challenged Charlotte for the WWE RAW Women’s Championship at Extreme Rules.

In the post-match, Charlotte destroyed Lily, leaving a dismal Bliss screaming in the ring. Bliss has been away for a long time and it was noted last week that she would be making her return to the red brand. While it seems she will appear in some form tonight, it is unknown when Bliss will make her in-ring return.

WWE has also announced the following for tonight’s show:

Jeff Hardy Beat Up By WWE Hall of Famer