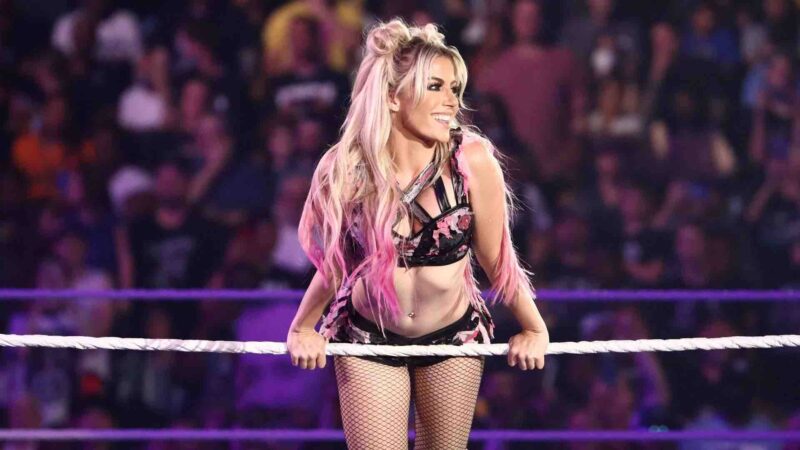 The former WWE RAW Women’s Champion Alexa Bliss recently ignored while she was asked to comment on a storyline development on RAW. Following WrestleMania 38, Kevin Owens has been involved in a feud with the newcomer Ezekiel who is former WWE Superstar Elias. KO has been on the quest to prove that he isn’t crazy and that Ezekiel isn’t Elias’ younger brother but Elias himself. This has led the two men to have a singles match this coming Sunday at WWE’s Hell in a Cell Premium Live Event.

Alexa Bliss hilariously denies to comment on the matter

On WWE’s The Bump, Alexa Bliss was asked to weigh in on the debate on whether she believes that Ezekiel and Elias are the same person. Her response was a clear statement that she doesn’t want to pick a side in this current rivalry between Owens and Ezekiel.

Does @AlexaBliss_WWE agree with @FightOwensFight about Ezekiel?!

We got an answer that may surprise you! pic.twitter.com/2TiEIbsURb

After being away from WWE television for a while, during which time she married Ryan Cabrera, Bliss returned on RAW three weeks ago. With a new gimmick that has shades of her original The Goddess character, Bliss has been on a winning streak on the red brand.

The former WWE RAW Women’s Champion Alexa Bliss recently made her return to on-screen programming. It seemed that she returned under his previous gimmick. Bliss defeated Sonya Deville in a 40-second match on a recent edition of Monday Night RAW after a three-month absence from television.

Bliss had been away from WWE programming for quite some time now. She was featured in several ‘Therapy sessions’ on RAW and she had returned to in-ring action at Elimination Chamber 2022 premium live event in Jeddah, Saudi Arabia. She failed to win the Women’s Elimination Chamber match and was written off the programming. Bliss recently showed off her new tattoo as well.