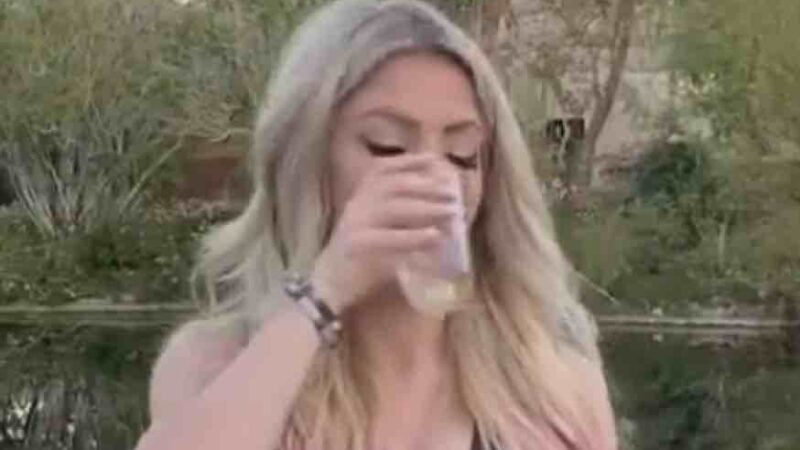 The former WWE RAW Women’s Champion Alexa Bliss recently took to her Instagram account and posted a video alongside a couple of pictures. She was seen drinking alcohol with her husband, Ryan Cabrera and Bliss gave a hilarious expression after drinking. The couple were at a lake and seemingly gone for fishing.

Recently, the former WWE star Braun Strowman sent a message about Bliss and their short-lived team-up in 2018. Bliss has been away and it has been quite some time since she last wrestled a WWE match. Her fans are eagerly waiting to see her in action again. It was previously reported that Alexa Bliss voiced his problems with WWE creative about her lack of direction after Elimination Chamber, FightfulSelect.com reports. Bliss was available to wrestle at WrestleMania, and there were ideas for her to be added to Becky Lynch vs. Bianca Belair, but this did not happen. Bliss is frustrated and has told Vince McMahon about her issues with the company.

Bliss has also officially tied the knot with Ryan Cabrera. The couple got engaged in November 2020 and have been planning their wedding right after that. When the two visited the property owned by a friend they instantly fell in love with the venue and decided it to be the special place for the big day. The fans are eagerly waiting for Bliss to make her much-awaited return to the squared circle.