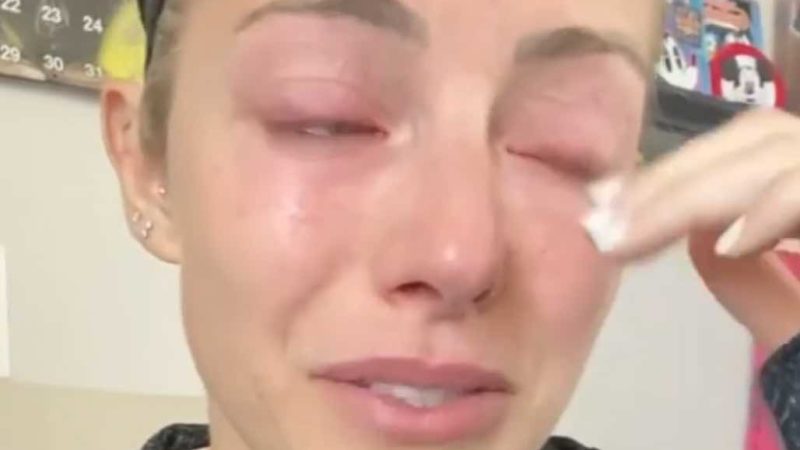 Alexa Bliss is currently a mainstay on Monday Night RAW as she had been teaming up with Bray Wyatt and were engaged in a feud with Randy Orton. The Fiend remains one of the most unique characters to have ever stepped foot inside the squared circle. Bray Wyatt’s latest iteration made its in-ring debut back at 2019’s SummerSlam pay-per-view again Finn Balor, where he won in a squash match. Alexa Bliss also debuted a hot Fiend look in a previous photo on social media.

Alexa Bliss feuded with Charlotte Flair for the RAW Women’s Championship during last year’s Extreme Rules event. Bliss ended up losing the match and then Charlotte Flair tore up Alexa Bliss’ doll Lily, which devasted her. After a long hiatus, it was announced that Alexa Bliss’ journey to her WWE would make her return to WWE television after the trauma she received.

She returned on a previous episode of Monday Night RAW this year and has been featured on television regularly. She also had a tremendous performance during the Women’s Elimination Chamber match on February 19th in Saudi Arabia, where she certainly impressed many.

However, Alexa Bliss has been absent since then. Big E suffered a broken neck on this week’s episode of Friday Night Smackdown. Alexa Bliss took to Twitter and sent her prayers and positive thoughts to Big E.

In an interview with Entertainment Tonight, Bliss discussed a potential career in acting sometime in her near future. Credit to Wrestling Inc for the below.

“WWE will always be home, that’s always where I’ll be, but I’d love to see what happens if I try to go for acting,” Alexa Bliss stated. “I’ve been working with an acting coach for the last ten months. Everything that I’m doing right now, character base-wise, is a lot of acting and it’s a lot of fun. But I would love to try that one day, if the cards allow, that would be a passion of mine, but, for now, WWE is home.”