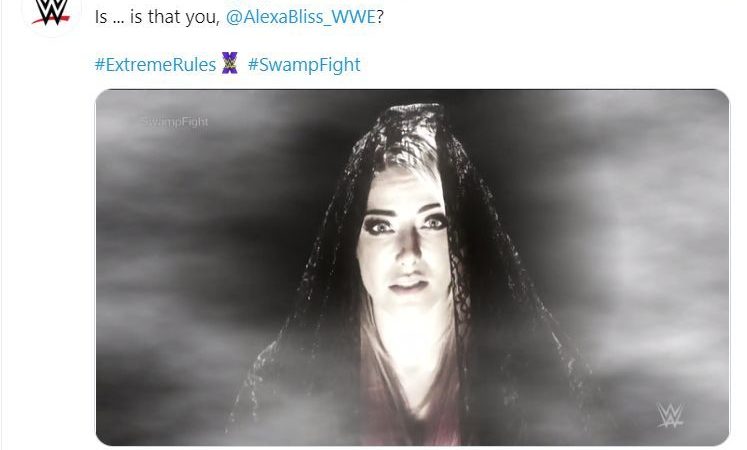 With the RAW Women’s Championship match at Extreme Rules ending in controversy last night, referee Eddie Orengo played a big part as he was struck with green mist from Asuka. Bayley of course remove his referee shirt and wore it herself to complete the three-count for Banks’ ‘win.’ WWE posted the following backstage video of Orengo struggling post-match:

Bayley took to Twitter with some good trolling following the release of the video:

The Strowman-Wyatt ‘Swamp Fight’ last night featured the appearance of Alexa Bliss as Sister Abigail, who appeared in black with a hood over her head. Little Miss Bliss told Strowman that he’d always wanted to be with her, and it can happen if he comes home. When Strowman approached Bliss, it was shown to be an illusion and he was attacked by Wyatt. So, is Bliss really Sister Abigail? She certainly wasn’t shying away from the possibility on social media: 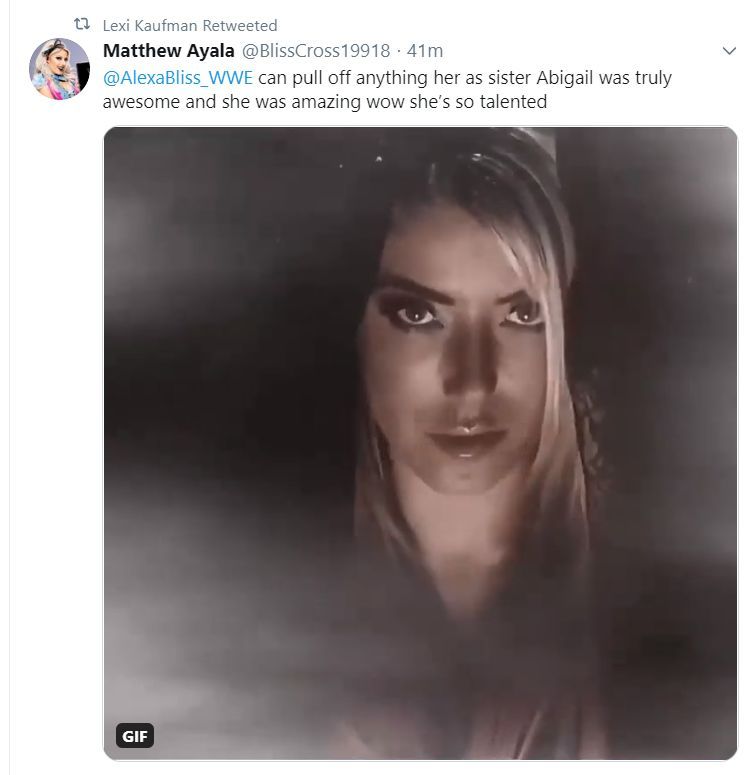 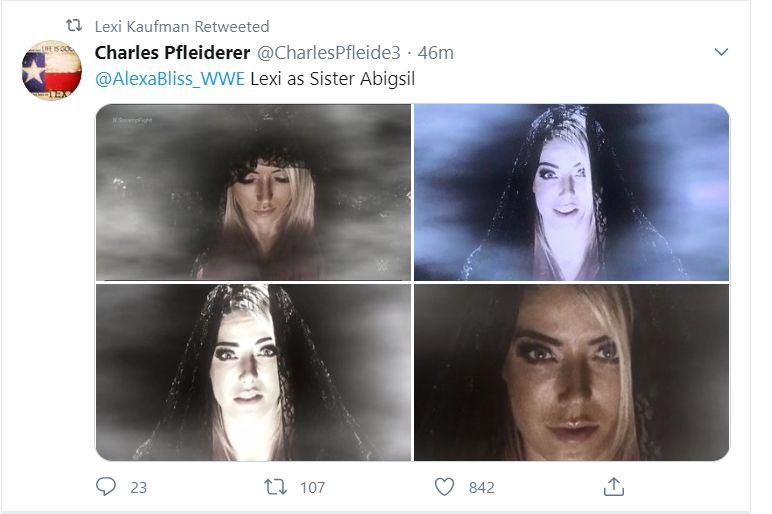 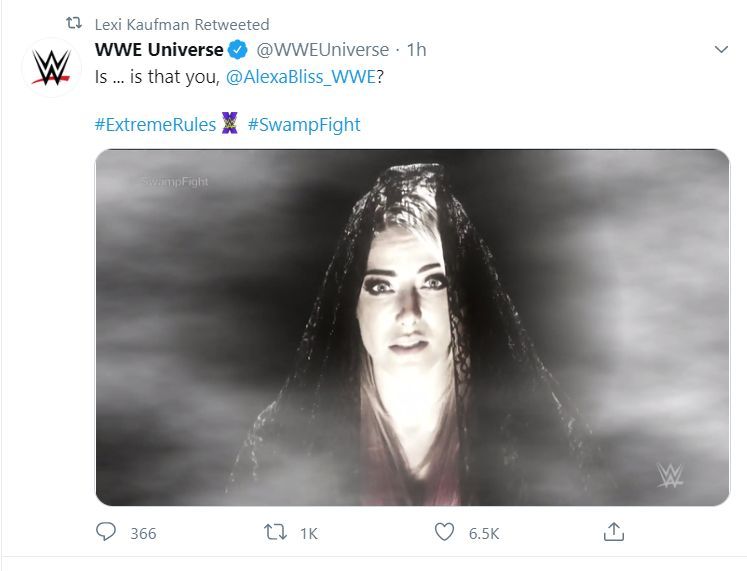 She also retweeted the below video: