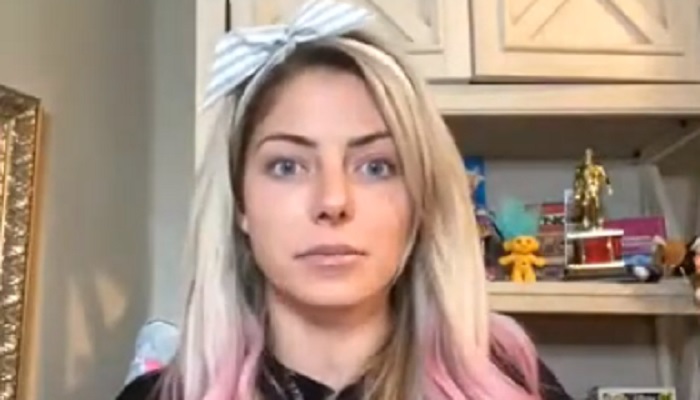 Alexa Bliss took to her Instagram recently to show off her new haircut. It’s pretty different from what you would expect from Bliss especially since she still continues on with her dark character on WWE Raw. Alexa Bliss WWE Boyfriend Leaks Breakup News.

As seen below, Alexa Bliss has cut her hair shorter than what we’re used to, but she does say that it’s just temporary.

Alexa also took to social media the other day to thank her ex-boyfriend for all he’s helped her with.

Chris Van Vliet stated on Twitter about his newest interview with Buddy Murphy: “My convo with @WWE_Murphy is live now! 💪 He talks about what’s next for him after his WWE release, his thoughts on @TommyEnd in AEW, why it was his idea to lose his first name and go by “Murphy” and much more!”

To which Alexa Bliss commented about her ex-boyfriend, Buddy Murphy: “Thanks for the kind words Matt 🙂Always been there & I always will be there for you💪🏻 can’t wait to see what you do next
@WWE_Murphy”

In the interview, Murphy quickly grazed over Alexa Bliss and praised her as a person and as a performer in the ring. It was very nice to hear that neither of these two have any ill feelings towards each other. This all comes after Alexa Bliss and her fiancé, Ryan Cabrera are getting ready to tie the knot.