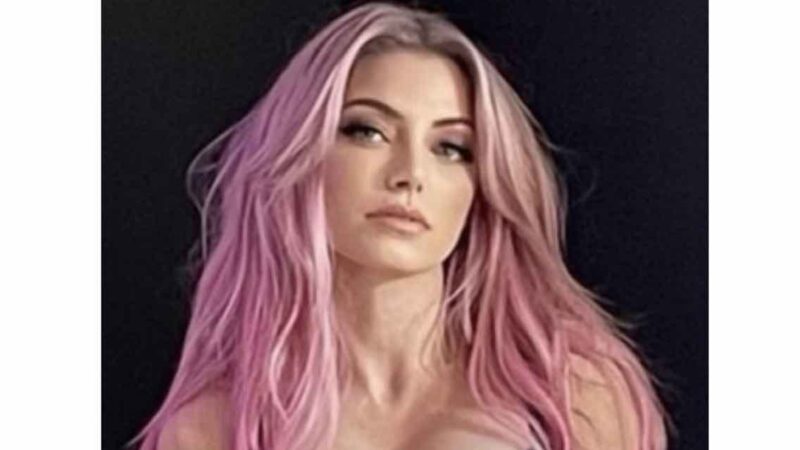 The former WWE RAW Women’s Champion Alexa Bliss recently made her return to on-screen programming. It seemed that she returned under his previous gimmick. Bliss defeated Sonya Deville in a 40-second match on RAW this week after a three-month absence from television. Bliss had been away from WWE programming for quite some time now. She was featured in several ‘Therapy sessions’ on RAW and she had returned to in-ring action at Elimination Chamber 2022 premium live event in Jeddah, Saudi Arabia. She failed to win the Women’s Elimination Chamber match and was written off the programming.

Now, taking to her Twitter account, she showed off her new tattoo on Saturday. The former RAW Women’s Champion posted a picture of the matching tattoos she and her husband Ryan Cabrera got for each other. This ink is also a departure for Bliss, who already has a ton of ink, but it’s all in white color.

As per the reports of People, Ryan Cabrera and Bliss exchanged vows at the Kempa Villa in Palm Desert, California, on April 9. Two weeks ahead of her special day Bliss spoke with the outlet to discuss her wedding. Bliss described her wedding as a “very non-traditional” and “rockstar” themed. Her singer husband said, “It’s very us. The whole thing’s meant to bring out our personalities, and we are far from just normal.” It was also recently noted how Mandy Rose lost her dress ahead of the wedding.