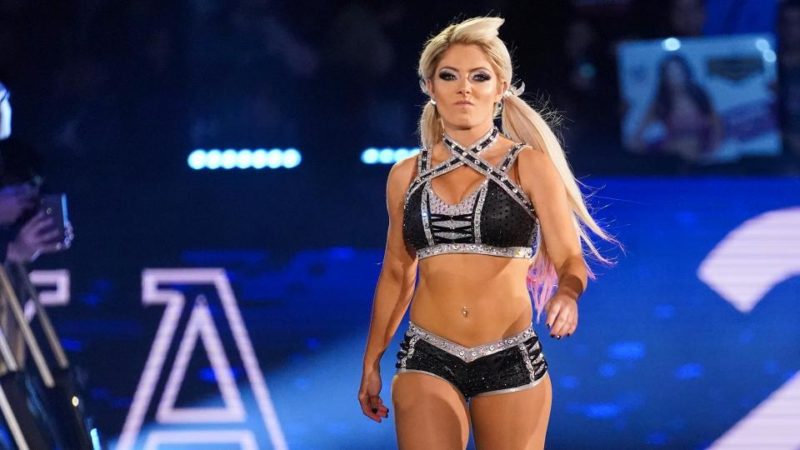 Alexa Bliss has uploaded a photo of a text message conversation with her ex-boyfriend Murphy about her pig Larry Steve. You can view it below. An Alexa Bliss Disneyland Pool Photo Leaked as well.

Bliss and Bad Bunny were top WrestleMania 37 performers. Bad Bunny has earned some respect and praise following his incredible display of wrestling skills at WrestleMania 37 which took place this month. Now, WWE Hall of Famer Eric Bischoff has lauded his performance.

During the recent edition of his 83 Weeks podcast, he reflected on Bad Bunny’s performance and said that the influencers should look at his performance and reflect the same when they get an opportunity. He further said that he has made a great impact. He also said that we should start expecting more influencers in WWE programming as the scene had evolved drastically.

What a phenomenal impact Bad Bunny had. Don’t be surprised if we don’t start seeing a lot more social media influencer stunts. Gone are the days where you are going to take someone who is a movie star or television star. Not that it won’t continue to happen from time to time, but I think because of just the way the world is shifting and pop culture has evolved, don’t be surprised if we start seeing more and more huge social media influencers and people that you would never expect to get involved in professional wrestling stepping into the arena.”

They’re going to make more money, go back to Bad Bunny, here’s a guy some wrestling experts thought nobody even knew who he was. Wow, reality proved that perspective very, very wrong, Bad Bunny comes in and he uses his WrestleMania performance, which was a hell of a performance and leverages that to sell out his tour. He shut down Ticketmaster. Not bad for a guy nobody knows, right?”

At WrestleMania 37, Bad Bunny had teamed up with Damien Preist and defeatedThe Miz and John Morrison in a tag team match. It was considered as one of the best performances by any celebrity in WWE.