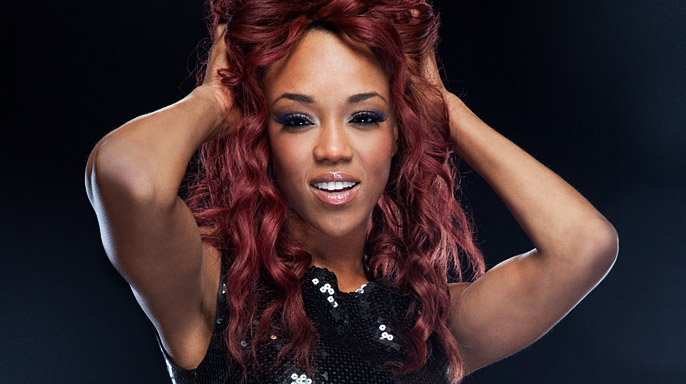 WWE Diva Alicia Fox recently spoke with CraveOnline to promote the new season of Total Divas, which premieres on January 19th. Here are the highlights.

On what to expect from the new season:

“Our usual collection of heartbreak, friendship evolutions and a little conflict with the whole Eva [Marie] thing but we’re all a good, happy and healthy family now. Just a lot of exciting things and more extensions of our personalities and showing what it really takes to be a Diva and how our road life is with just a whole other season of fun and excitement.

On the casting of Amanda “Mandy Rose” Saccomanno:

“Mandy’s casting was a total surprise to us. It’s actually kind of funny how they set us up. We were at a talent meeting and all of a sudden they said you’re going to Paris and we’re like ‘Yay.’ Then they said there’s a new “Total Divas” member and we’re like ‘Huh?’ Then they said it was Mandy and we’re like ‘Who is this?’ Luckily I was introduced to her and got to work with her because I had her finale match on WWE’s “Tough Enough” and she’s a great girl. She’s so cool and so sweet but we didn’t make her do anything like eat 10 eggs and do all of this crazy stuff to be included but the biggest thing for us was to show her support. It’s not just that she’s the new kid but it’s like she’s the new kid and she doesn’t know how to wrestle, she hasn’t been on the main roster, she doesn’t know our personalities and we don’t know who she is and everything else. She’s really brave enough to open her life to America without having any idea what she’s doing. The last thing we wanted to do was make her feel uncomfortable so we got together as a group and decided to try and make her feel as comfortable during this experience as possible.”

On whether the Divas get upset about what they say about each other in the one-on-one interviews:

“All the time [laughs]. In the green-screen room it’s pretty laid back with you and the interviewer. The interviewer and the producer experienced these things we are discussing with you so you’re kind of having an open conversation with the interviewer. Sometimes they’ll go ‘But yeah, that one time when she said this’ and then you’ll go ‘Did that sound mean? Did it come off like that?’ Then they will edit you back and you’ll think it’s okay but then the other girls in the locker room will go ‘Why would you say that about me?’ and I’m like ‘Oh my God I’m so sorry.’ Sometimes we’ll all go back and correct a couple of things. It’s all in good spirits. No one is intentionally trying to hurt anyone’s feelings and that I can promise you.”