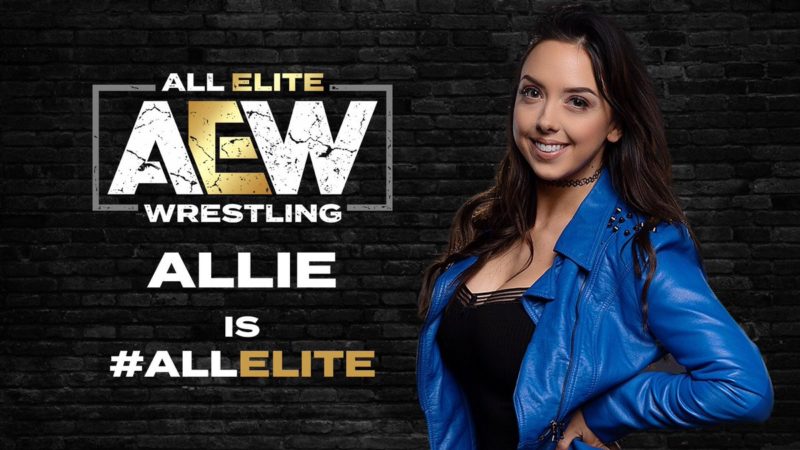 Recently on Impact Wrestling, Allie has taken the next step in her long story with Rosemary, as she was won back by the Demon Assassin in the “Dark War.” It seems, though, that her time with the company is up. Her final appearance on Impact will air with tomorrow’s episode.

However, the former two-time Knockouts Champion won’t be on the market, as she has now signed with All Elite Wrestling.

The latest episode of AEW-The Road to Double or Nothing Brandi Rhodes revealed that she had been brought in to help strengthen their women’s division. Allie took to Twitter after the episode premiered to express her excitement for the deal.

I am so excited to announce that I have officially signed with @AEWrestling!!!!!

PWInsider revealed that Impact Wrestling informed her all the way back in January that they wouldn’t be renewing her contract. Allie kept this information to herself until the announcement today.

Impact’s ongoing story between her, Su Yung and Rosemary has been one of the most well-developed on the show, so it’s disappointing to see it end so abruptly. However, considering how her career has gone so far, we may see her leading AEW’s women’s division.