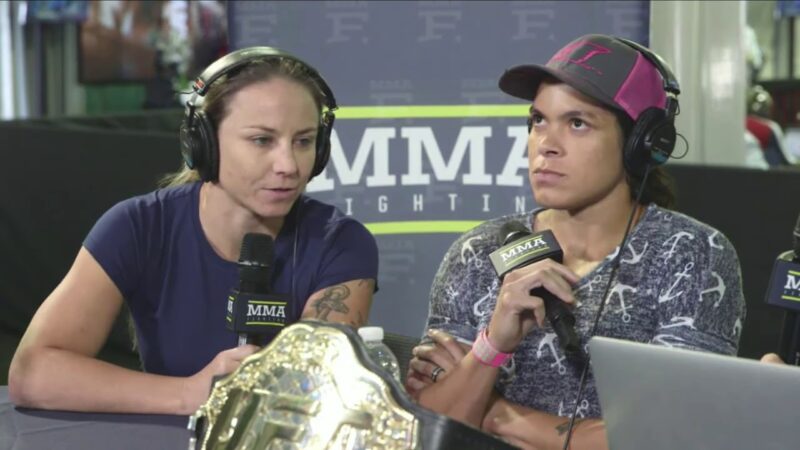 There’s a very soft side to Amanda Nunes that many aren’t too lucky to see. The star took to Twitter recently to show the world her family as it seems her and the family were enjoying time away…Logan Paul Caught ‘Ripping Off’ Conor McGregor.

Nunez appeared on AEW Dynamite tonight. Amanda Nunes stated in the very sweet photo of her family: “My little family 🥰 @NinaAnsaroff” You can check out the post below that we’ve attached to the article.

Amanda Nunes and Edson Barboza actually both train at American Top Team, a Florida-based gym that has produced UFC champions like Robbie Lawler, Tyron Woodley, Joanna Jędrzejczyk, and of course, Nunes herself.

In a recent interview with Christine Williamson of ESPN, Amanda and Nina Nunes were asked to name their favorite fighter to watch. The couple named Barboza as both of their favorites and admired his fighting skills.

“We could say Edson Barboza. He is one of our favorites. We really like him. He’s very sharp,” Amanda and Nina Nunes said.

When you factor all of that in, you can see shades of Barboza in the fighting styles that are shown in the matches with Nunes.