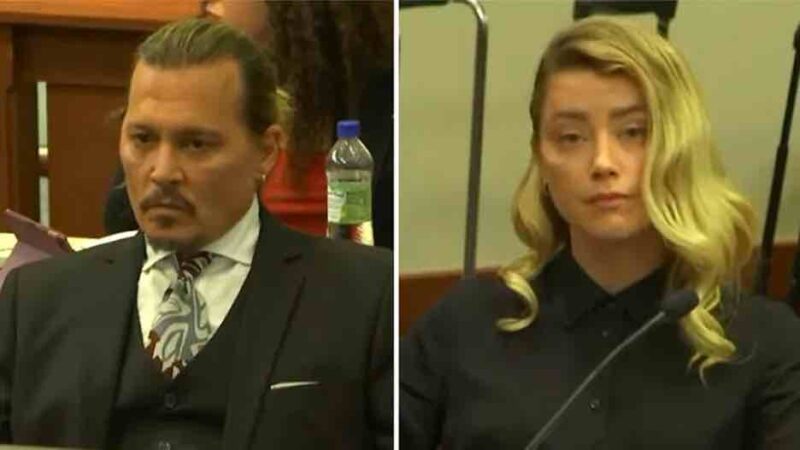 Johnny Depp’s $50m defamation case against his ex-wife Amber Heard is getting very interesting. Recently, Amber Heard claims Johnny Depp was insanely jealous and some texts showed that he was upset she was at a wrap party in November, 2014 all night. It seems that WWE Hall of Famer Kevin Nash is involved in this case as Depp might have been jealous of him when Nash was snapped with Heard at the Magic Mike XXI wrap party.

It has been noted that Depp sued Heard over an article she wrote for the Washington Post, in which the ‘Aquaman’ actress revealed how she’s been the victim of domestic abuse.

Johnny Depp responds to the allegations

Now, responding to her accusation, Depp called them ”quite heinous and disturbing” and added that he’d never struck Heard or any other woman in his lifetime. Every day, as the case continues in the Fairfax County Circuit Courthouse in Fairfax, Virginia, some gruesome and shocking statements are coming out about the former couple’s troubled past that has sent the whole world into a state of confusion.

He was focused on “clearing the record” on charges of domestic abuse. “Truth is the only thing i’m interested in. Lies will get you nowhere, but lies build upon lies and build upon lies,” Depp said as per Variety, “I’m obsessed with the truth.”

Under questioning from his own attorney, Depp denied ever being aggressive with Heard or any other woman. Heard has accused Depp of hitting, choking, and kicking her on multiple occasions throughout their relationship. She also claims Depp sexually assaulted her during a confrontation in Australia in 2015. In 2016, Depp and Heard split. However, Heard penned an opinion article in the Washington Post in December 2018 in which she referred to her past claims but did not name Depp. Depp filed a USD 50 million lawsuit against her.

“I felt it my responsibility to stand up not only for myself in that instance, but stand up for my children,” Depp testified, as per Variety, “I thought it was diabolical that my children would have to go to school and have their friends or people in the school approach them with the infamous People magazine cover with Ms. Heard with a dark bruise on her face.” Depp further revealed that allegations against him were “quite heinous and disturbing,” and “not based in any species of truth.”