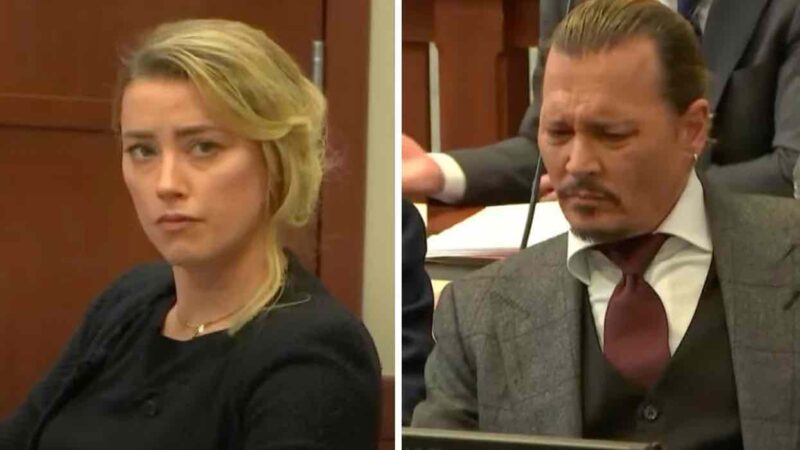 Johnny Depp and Amber Heard’s trial is taking the world by storm. The trial has been grabbing the headlines for quite some time now. According to reports, the famous Hollywood actor filed a $50 million defamation suit against his ex-wife for a column she wrote for The Washington Post. She further accused the Pirates of the Caribbean actor of domestic violence. The actress filed a countersuit for $100 million against Depp in response. It was also noted that WWE legend might be involved in the case as well.

Depp called them ”quite heinous and disturbing” and added that he’d never struck Heard or any other woman in his lifetime. Every day, as the case continues in the Fairfax County Circuit Courthouse in Fairfax, Virginia, some gruesome and shocking statements are coming out about the former couple’s troubled past that has sent the whole world into a state of confusion.

Raquel Pennington opens up on the matter

The 33-year-old Pennington recently vented her frustrations on Twitter, calling out fans who tied her name to the case. She shared a graphic message that read:

“I love how I’m getting drug into this Johnny Depp trial and idk any of those people…get your Facts together ppl. There are more Raquel Penningtons in the world.”

The actual Raquel Pennington involved in the case is said to be a friend of the actress “since 2003,” and was cited as a witness for Heard in the ongoing trial. The said woman allegedly saw actor Johnny Depp throw a cellphone at Heard during a May 2016 altercation when they lived across from each other in a Los Angeles condominium.

“Pennington, who shares her name with an MMA fighter, crafts jewelry under the name Hanuman Heart, according to social media. The necklaces are created with mala and meditation beads,” the article stated.

“In 2011, Pennington – who practices yoga – wrote on Facebook that she then worked for a specialty foods brokerage.”