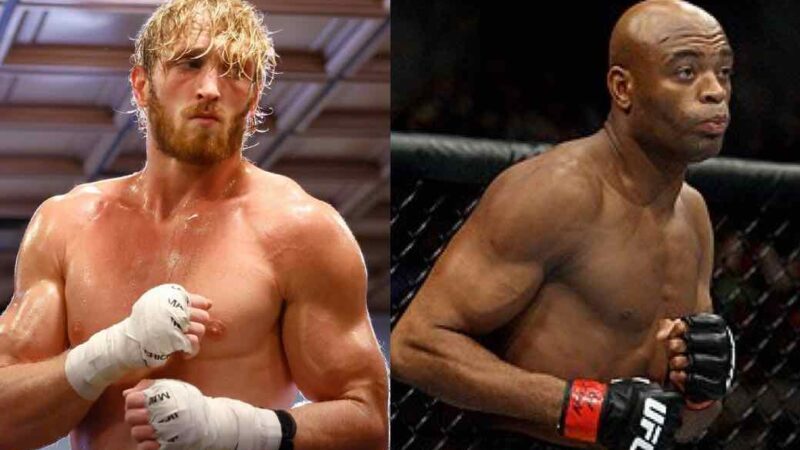 Anderson Silva was recently interviewed by a Youtube channel called MMASucka.com. Anderson was in great spirits and was a joy to listen to. During the interview, Anderson stated his opinions on a multitude of all things fighting. Logan Paul was brought up to Anderson as well. Could this spell trouble for Paul? Colby Covington Drops Dustin Poirier Wife Bombshell.

As per MMASucka: The former UFC middleweight champion Anderson Silva stops by to discuss his upcoming fight against Julio Cesar Chavez Jr. at Tribute to the Kings. He talks about how the fight came about, how he’s improved in boxing, fighting one of the Paul brother’s, what’s next for him and more.

During one point in the interview, Anderson was asked if he watched the Logan Paul fight that was against Floyd Mayweather Jr. Anderson replied: “Oh, yeah! You know, everything is brand new right now…Logan Paul and his brother, they put on a show. Everybody likes to see (a show) because it’s all new right now. It’s entertaining and that’s what people like to see. It’s beautiful. This is so special.”

Silva then hinted at how fights like the Paul vs Mayweather bout are just shows and put on for fans as such. They aren’t meant to really be taken too seriously in terms of legitimacy. Silva really couldn’t say enough good things about these kinds of matches which are made special for the fans. Silva also touched on how the money aspect of the fights are enticing and that it was a good thing that not as many hands are involved with the payouts for these fights.

The host then asked: “So, does a victory here against Julio Cesar Chavez Jr. set up a fight between one of the Paul brothers?”

To which Silva replied kindly: “Wow, you know…we’ll see. I’m excited. I’m preparing my mind and I’m preparing my body to do my best and to be successful in this sport and to show my respect for the sport.”