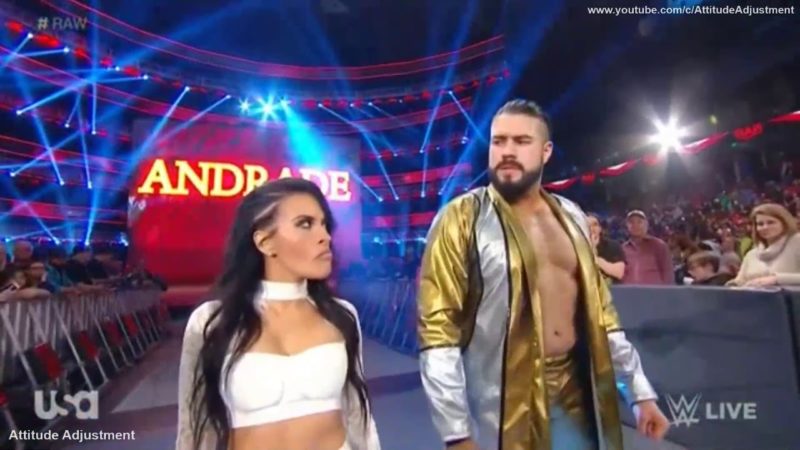 On the latest episode of Monday Night RAW, Andrade was defeated by former 205 Live star Humberto Carrillo. Following some miscommunication between El Idolo and Zelina Vega, Carrillo was able to roll up the former NXT Champion.

WWE revealed during the TLC Preview on their YouTube channel that Andrade will take on Carrillo on the TLC Kickoff show.