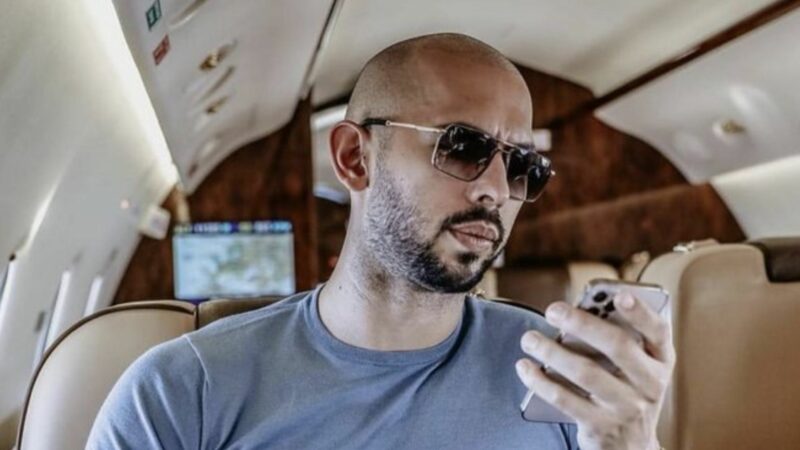 Romanian authorities on suspicion of human trafficking, rape, and forming an organized crime group, according to Reuters. According to several reports, a pizza box helped cops narrow in on Tate’s location. Tate had posted a video clip of himself in a Versace robe, smoking a cigar, while an off-camera person hands him two boxes of Jerry’s Pizza, a popular Romanian chain.

Tate remains in custody after a Romanian court last week denied his appeal of a judge’s decision to hold him for 30 days, citing the “possibility of them evading investigations,” according to the Associated Press.

The British-American internet personality, most recently known for making misogynistic statements online to his millions of followers, has documented many details about the webcam sex business at the center of the Romanian allegations.

He has detailed in public how his business functioned and how he got women involved in it. Much of the material posted to several of his now-suspended social media accounts has been reposted online by fan accounts and critics alike.

Tate, a former kickboxer turned self-described “success coach,” gained international attention last year for his polarizing rants on women and modern masculinity. His violent and often misogynistic rhetoric drew widespread criticism online, and in August 2022 Tate was banned from Instagram, Facebook, TikTok and YouTube for violating the platforms’ community guidelines. Although Twitter permanently suspended his account in 2017 after he tweeted that women should “bare some responsibility” for being sexually assaulted, the site reinstated his account late last year. Tate pushed back against his critics in previous statements to NBC News, saying he’s simply playing an “online character.”

In an interview with the podcast Fresh&Fit in December, Tate said he started his webcam sex business seven years ago when he was “broke.” Tate said he texted his five girlfriends at the time, who he said didn’t know about each other, and asked them to come live and work with him in Bedfordshire, England.

“I’m going to look after you, and we’re going to get rich,’” Tate remembered saying.