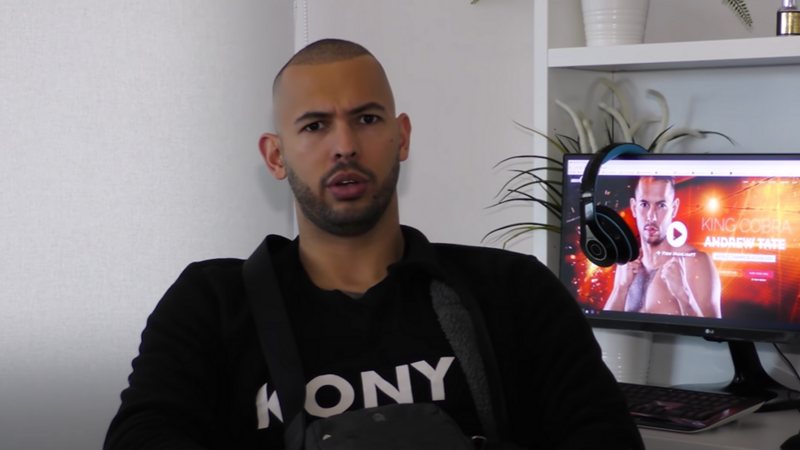 Andrew Tate recently took to his Twitter account and posted a picture of Logan Paul with KSI. Tate slammed Logan for not supporting his brother, Jake Paul and instead being on great terms with KSI despite insulting Jake.

He wrote the following caption:

Why do you not support your own biological brothers events the same way you support the man who insults him? This man INSULTS your BROTHER? This is a crime against god. You turn on your own blood Logan, as you have turned on free speech and humanity as an agent of the matrix.

Why do you not support your own biological brothers events the same way you support the man who insults him? This man INSULTS your BROTHER?

This is a crime against god.

You turn on your own blood Logan, as you have turned on free speech and humanity as an agent of the matrix. https://t.co/wsGfTKXcvg

The YouTuber-turned-pro-boxer Logan Paul revealed that he had a vivid dream that he had recently. He revealed that in the vision he saw that he fought and defeated Andrew Tate by submission inside the octagon.

The YouTube star, who is 0-1 as a professional boxer having fought to a draw and no decision in his two white-collar and exhibition outings, has been angling for a fight with Tate for a long time. And given that the kickboxer has a background in MMA, he believes it would be best served in a cage, ideally under the UFC banner.

And he claims that he recently had a “vision” where he and Tate, a four-time kickboxing world champion with a number of smaller MMA fights in his past, fought in the octagon. He says that he saw the bout ending in a first round submission, likely given his background in grappling that includes high-level high school and college wrestling in the famed wrestling state of Ohio.

“I had this vision this morning, real vivid in my head,” Paul told Jeff Wittek on his podcast Jeff FM. “Me and Andrew Tate finally did it, we finally signed up for a MMA fight. I’m coming in hot, fast – I had this dream, I choked him out in 15 seconds, I’m not kidding, 15 seconds.

“And then, in this vision, I stood up, I looked up at him and I was almost disappointed for him because I think that’s what would happen. I think I’d destroy him quick and then be like ‘that was the Top G, that was the guy?’ You know what I did? I grabbed the fence and I didn’t move.

“Then he tried to come in super hot and I just took his back, choked him out and it just took me 15 seconds. I even went to the social afterwards and there’s like a picture of me pointing at him with a look of confusion on my face and the caption would be ‘the real Top G’. I play all these scenarios out in my head.”

He was asked if he had envisioned the standard post-fight interview, in which Wittek noted that fighters generally admit that they have respect for their opponents having stepped in the ring, Paul responded that he “hadn’t got that far”. But he explained that the possibility of the fight was exciting to him, and he is keen to make that dream a reality.

“I didn’t get that far,” he replied. “I’m sure something like that would happen but yeah, I like thinking about these possibilities of us fighting. They excite me.”