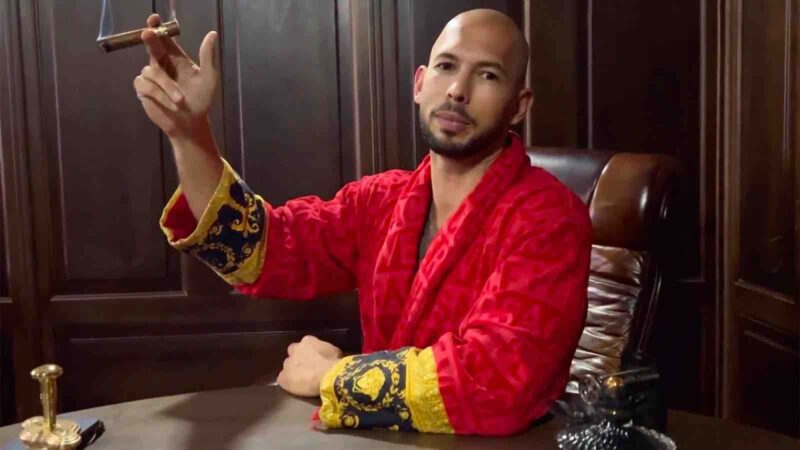 Romanian authorities on suspicion of human trafficking, rape, and forming an organized crime group, according to Reuters. According to several reports, a pizza box helped cops narrow in on Tate’s location. Tate had posted a video clip of himself in a Versace robe, smoking a cigar, while an off-camera person hands him two boxes of Jerry’s Pizza, a popular Romanian chain.

Bogdan Stancu told the BBC that in the last two years, he’s seen more than 100 women passing through the accused rapist’s compound in the Romanian capital, Bucharest.

Most were under age 25 and had all their expenses paid by US-born Tate, 36, who remains in custody accused of rape and sex trafficking.

“Some of the girls misunderstood the reality and believed [they would] be his next wife,” Stancu told the UK broadcaster.

“When they realized the reality, it’s easy to transform from a friend into an enemy, and make a statement to the police,” he suggested dismissively of the allegations that saw Tate busted there last month.

“They’re young and stupid,” he said when asked specifically of the accusers.

As for his boss, “I never doubt Andrew,” Stancu said loyally — while conceding that he must be punished if found guilty.

The security chief confirmed that Tate and his 34-year-old brother, Tristan — one of the co-accused — both have several children in Romania, without giving an exact number.

The influencer also seemed convinced that “somebody wanted to hurt him” — and the security team was always at the ready “because we knew anything could happen,” Stancu said.

“I would not say ‘paranoid’ but something similar maybe. He wanted to have a normal life and couldn’t — maybe it’s normal to be a little bit more paranoid,” the security chief told the BBC.