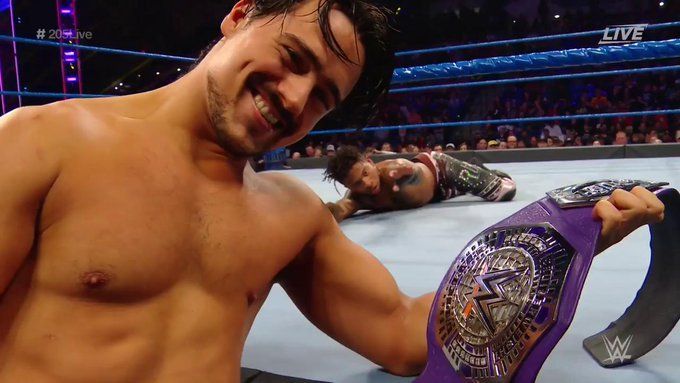 Anything is possible in WWE and that is exactly what happened on this week’s episode of NXT, during the Wednesday Night Wars. Lio Rush walked into Full Said Arena with the NXT Cruiserweight Title on this week’s NXT.

Lio Rush defended his NXT Cruiserweight Title against Angel Garza during the show. The two were engaged in a feud for quite a while and it culminated during this week’s title match.

It was an intense match with both competitors giving it their all in order to pick up the win. In the end, Angel Garza was victorious became the new NXT Cruiserweight Champion.

He then proposed to his girlfriend and celebrated in the ring. He is the first Mexican to hold that title in NXT.

What a night for the new #NXTCruiserweight Champ! #WWENXT pic.twitter.com/dPuwN2P2Ks