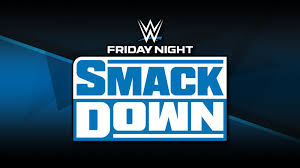 This week’s episode of Smackdown Liv already has a match and segment announced so far. The company announced a match featuring Sasha Banks.

Sasha Banks is scheduled to take on Nikki Cross in a singles match on this week’s Smackdown Live. This will further progress the rivalry between Cross and Bayley when she was vying for the Smackdown Women’s Title.

BREAKING: #TheBoss @SashaBanksWWE is back and set for action against @NikkiCrossWWE on Friday Night #SmackDown.

The New Day will be challenging The Revival for the Smackdown Tag Team Titles. Also, King Corbin will be facing off against Roman Reigns in the main event.

BREAKING: #TheBoss @SashaBanksWWE is back and set for action against @NikkiCrossWWE on Friday Night #SmackDown.https://t.co/TQgtPxEylq