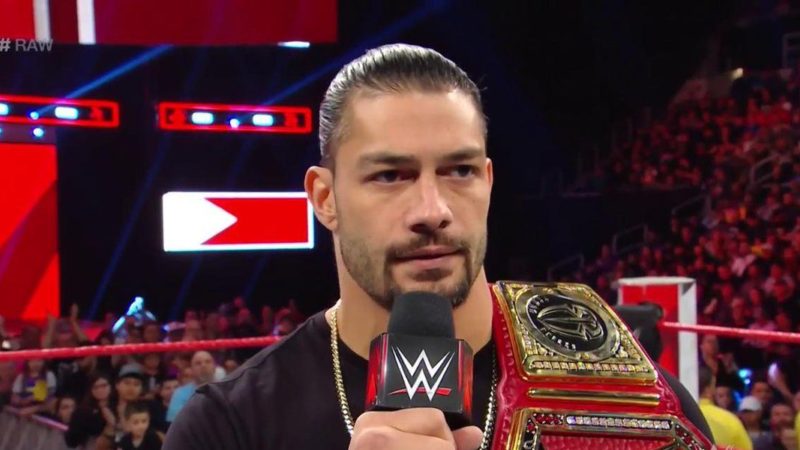 Roman Reigns dropped a bombshell on Monday Night Raw when he revealed he had to step away from the ring due to his Leukemia, which had recently returned. Since then, the wrestling world has reached out in support of the former Universal Champion.

The former WWE World Tag Team Champion opened up about the situation on his Facebook page. Samu had previously posted about selling a shirt with the words “Anoa’i Strong” on it to promote cancer awareness, promising 25% of proceeds to cancer research.

After being harassed by fans who thought he was attempting to make money off of Roman Reigns’ situation, Samu responded:

I want to take a minute to address the situation with myself and that of my family.

I recently have posted I am selling shirts “Anoa’i Strong”

These shirts have been for sale for many years and in light of the current situation that has struck myself and my family, I have decided to change the shirts to various colors for cancer.

My cousins news has struck the world and we are all devastated at this time. What many of you may or may not know is I am also dealing with stage 4 liver cancer and am currently waiting for God’s grace to help me get a transplant.

I am an elder member of my family and in no way am I or my family attempting to profit from any serious sickness. Instead, I want to use our name in order to help doctors and researchers find ways to cure this evil sickness.

I do not endorse or will I ever endorse profit on the misfortune of others or myself or that of my family.

I want all of my friends, family and fans to know we will always remain “Anoa’i Strong.” and these shirts will remain for sale and we will be speaking with various cancer organizations on how we can help.

Until you can stand in the shoes we stand in you will never know the pain and the struggle we endure daily.
Respectfully
Samu Anoa’i

If you’d like to pre-order the shirts, you can find them here.