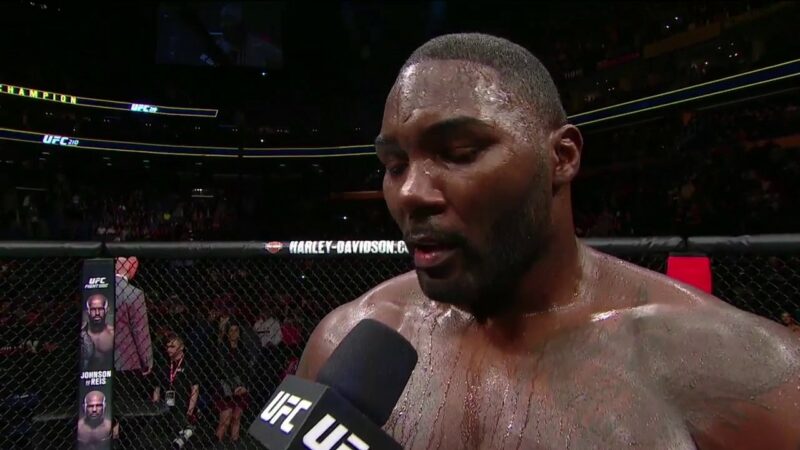 Sadly, fighter Anthony Johnson, the man known throughout the world as the fighter with one of the world’ greatest “knockout power”  has passed away. His cause of death has been revealed below:

According to MMAweekly.com, Johnson was suffering health issues, but the seriousness of the situation didn’t become clear until his manager, Ali Abdelaziz, asked the MMA world to pray for the “Rumble” last month on ESPN.

“I want everybody to pray for him. Pray for Anthony. He’s not doing well,” he said of Johnson’s health. “They’ve [Bellator and Scott Coker] been supporting him [Anthony Johnson]. You can not imagine how much support they’re giving them and they didn’t really have to.”

YahooSport’s Kevin Iole reported Johnson’s cause of death on Sunday. He died of organ failure due to non-Hodgkin’s lymphoma and hemophagocytic lymphohistiocytosis.

“Lymphoma occurs when the lymph-node cells or the lymphocytes begin to multiply uncontrollably, producing cancerous cells that have the abnormal capacity to invade other tissues throughout the body,” states WebMD.

Hemophagocytic lymphohistiocytosis (HLH) is a severe systemic inflammatory syndrome that can be fatal.

“HLH occurs when histiocytes and lymphocytes become overactive and attack the body rather than just bacteria and viruses. Histiocytes are phagocytes—cells that engulf and destroy pathogens,” states PrimaryImmune.org.

Johnson was known around the world for his knockout power – rivaling that of Mike Tyson’s. 17 of his 23 career wins occurred by a one-two-knockout. In his octagon debut in the year 2007, “Rumble” scored a 13-second finish. Faster than Brock Lesnar could ever hope to gain victory in an unscripted fight. Johnson competed as a welterweight, middleweight and light heavyweight in the UFC. He last fought in May of 2021 for Bellator MMA where he defeated José Augusto Azevedo in the second round.