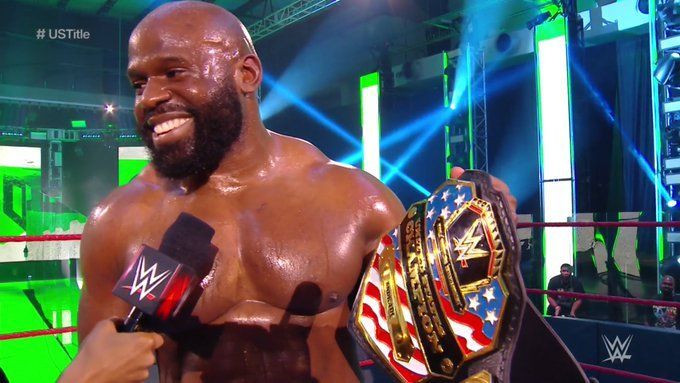 This week’s episode of Monday Night RAW started with a title match. Andrade defended his WWE United States Championship against Apollo Crews in a singles match.

Many assumed it would be an easy victory for Andrade, but it seems that was not to be. In a surprising turn of events, Apollo Crews used what was called the Uhaa Combination in his indie days as a finish and managed to pull off the upset victory. Thus he is the new United States Champion.

After the match, Crews talked about everyone who doubted him. He then addressed the people who said he ruined his opportunity and then said that he never quit on himself and now he is the new United States Champion.

This marks the first title reign in the company for him.