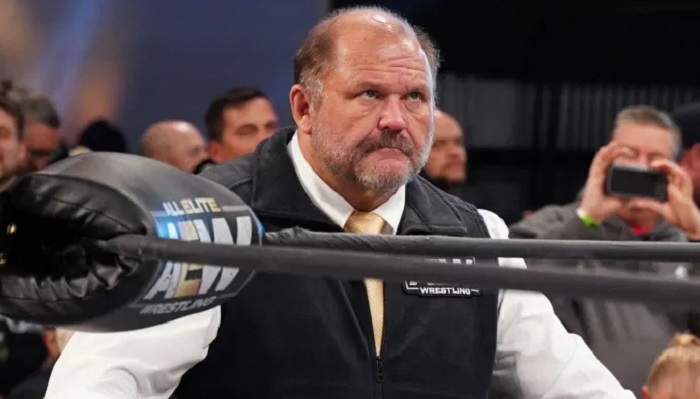 AEW coach Arn Anderson recently discussed the ‘best’ match he’s ever seen live on the ARN podcast. Anderson had a surprise pick, with Kurt Angle vs Kane from a SmackDown in 2001 being his answer.

“I saw Kane wrestle Kurt Angle, and I hadn’t been with WWE too long. I don’t remember the exact year, but they [WWE] were really high on Angle. They were really building him, and it was when Kane was about 330 pounds with the mask.”

“They went about 20-25 minutes on TV. With the story being Kane, the monster, tripping up a little bit and allowing that ankle lock to be put on him several times. And I mean several times. Kane obviously did what you thought Kane would, he nodded his head back and forth, saying ‘no no no no way, I’m going to tap out no way.’”