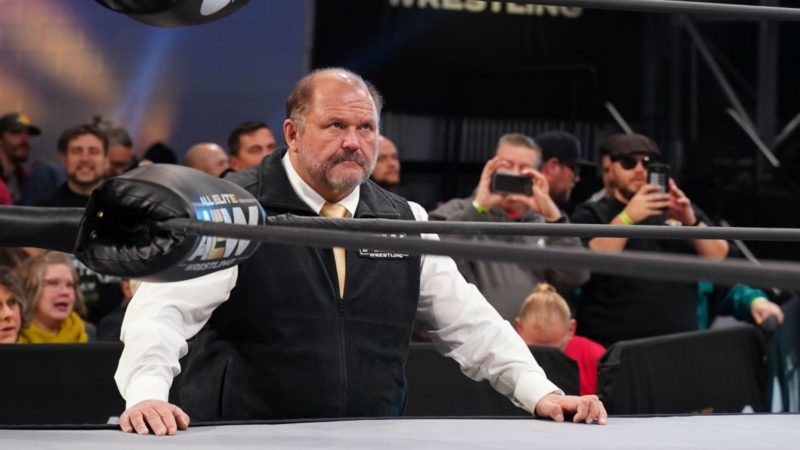 A little over a week ago, WWE released and furloughed dozens upon dozens of their crew. Ranging from their wrestlers to backstage personnel, the list of cuts came in at around forty-two names. Arn Anderson discussed the situation on the latest edition of his podcast, The Arn Show.

Double-A wasn’t happy with the company’s decision, feeling that it was wrong to pull this move amidst a global pandemic. Considering the money WWE was expected to make this year, he felt there was no need to put those people in that situation.

When you’ve got a world crisis like we have and things are the way they are, for all these people, a lot of them very good friends of mine…to lose their job just breaks your heart. The reality of the matter is, which I read and I’m sure is accurate, after cutting all of these guys and before that, the company was in line even with everything that’s happened to have its highest earning year.

Unless that’s a bold faced lie coming from and independent source, why did you need to cut all these guys if you’re in line to have your biggest year yet? If you look at those TV contracts, you look at the Saudi Arabia deal, you’re talking a whole bunch of money. That being the case, did all those people have to lose their jobs during the worst possible time?

Breaks my heart, it’s a s*** deal. Could it have been avoided? You tell me.

It reminded Arn Anderson of a similar situation years back where WWE released over a dozen Superstars at once after WrestleMania. It was the case for quite some time there, with it being dubbed “spring cleaning” by a lot of fans and performers alike.

Anderson also went into the debate regarding Cesaro in the WWE, claiming that, for whatever reason, the front office just didn’t like him. You can read more about that here.