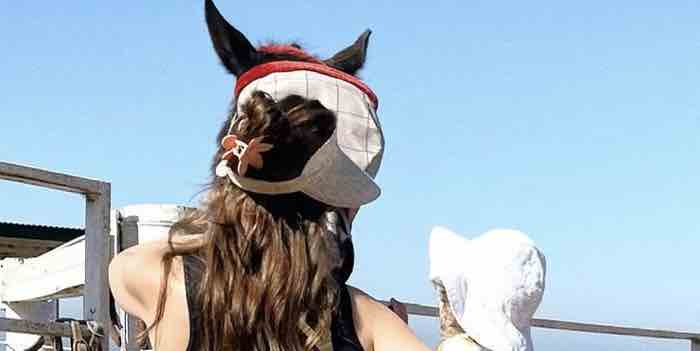 Katherine Schwarzenegger, the daughter of legendary Arnold Schwarzenegger recently took to her Instagram account and posted a picture with her daughter.

My little horse girl in training. Visiting the horses and barn has been one of our favorite things to do together this summer. Seeing her get excited about being around horses brings me so much joy 💘

On the eve of President’s Day weekend, Maria penned her views on the former President of The United States Donald Trump. She drew a parallel between the foundation that the forefathers have built and the President overseeing it. Maria praised Trump, but for some different reasons.

“Donald Trump has unleashed something that few other politicians have been able to do.” Crediting him further, she added, “He did something in my own home that I, as a parent, wasn’t really successful at doing.”

Maria added further that Trump made her children take more interest in civics and the government. Seeing a positive change, she said that the children have become more aware; they engage in talks, check the news, and are even aware of the names of the people “in the room.”

Maria went on to heap praise on Trump and credited him for making the youth more active in the “democracy.” However, Arnold came down heavily on Trump during the Capitol Hill riots. In strong reprimanding words, Arnold posted a video message.

Speaking out to the public, The Terminator star appeals to the public to come forward ‘together.’ Citing his life example, he said, “My father and our neighbors were misled also with lies, and I know where such lies lead.” Visibly disturbed by the events, Arnold held up the Trump administration accountable for their failure. Further, in the video, Arnold called the then U.S President a “failed leader.”

He continued by saying that because of the mismanagement, “He will go down in history as the worst President ever.“