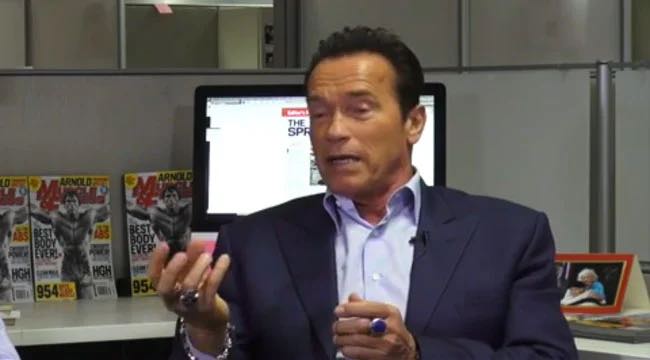 Arnold Schwarzenegger has been a legendary actor in the action genre. He is also a seven-time Mr. Olympia winner. He made a huge impact with “The Terminator.” The film series has lived and breathed through Schwarzenegger playing some sort of role, whether he’s a repurposed tool for the resistance or an all-out robot supervillain. The makeup in both of James Cameron’s films shows how truly intimidating the “Terminator” can be, especially when it shows the layering of human flesh covering up the internal mechanical skeleton we see later on. While on location, Schwarzenegger thought it would be funny to use his makeup to scare some folks.

While promoting the release of “The Terminator” on “The Tonight Show,” Schwarzenegger told Johnny Carson that while on the way to the shooting location, he took a little detour. His makeup resembled that of when the T-800 gets run over by a truck, so naturally, he looked like a lumbering bloody mess. A fancy fine dining restaurant was nearby, so Schwarzenegger decided to go in while still wearing all of his makeup.

Upon approaching the restaurant, he went up to the host and asked for a table as if he were the “Terminator.” The funny thing about all of this is that no one knew who this character was yet, so the shock on the host’s face when he looked up was understandably that of horror. Apparently, everyone else in the restaurant started freaking out as well, with a lot of them screaming out of the place. “It was the greatest reaction because the makeup was stunning,” said a laughing Schwarzenegger.

If you haven’t watched ‘The Terminator, then you can watch it on Amazon Prime.