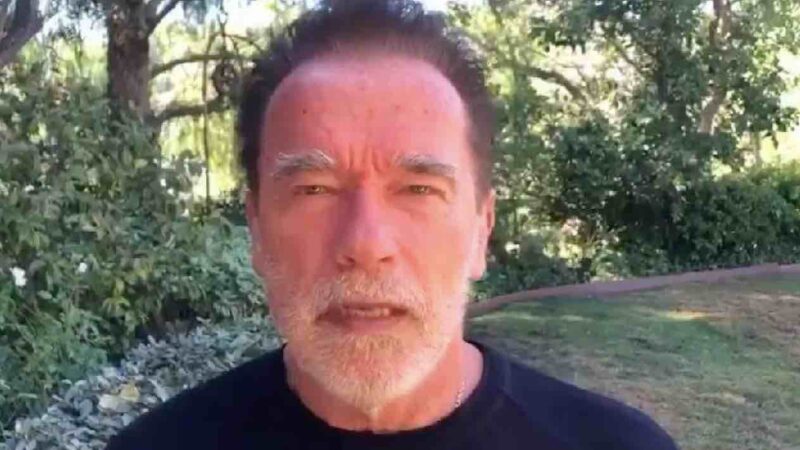 Arnold Schwarzenegger has been a legendary actor in the action genre. He is also a seven-time Mr. Olympia winner. The legend celebrated Oktoberfest in Munich, Germany, on Saturday, with his younger girlfriend Heather Milligan and his sons Patrick and Christopher.

The 75-year-old appeared in high spirits as he partied with his family and conducted the orchestra while clad in a traditional embroidered leather outfit. Heather, 47, wore a navy and white dirndl dress and cosied up to her Hollywood star partner on the evening. Meanwhile, Arnold, who attends the event almost every year, wore brown leather trousers and a matching embroidered jacket with long socks and leather shoes.

‘Terminator’ actor was joined by his sons Patrick and Christopher, and his nephew Patrick at the event.

His son Patrick Schwarzenegger, 29, wore a light blue button-down shirt and green shorts to the event and his brother Christopher, 24, wore a plaid pink shirt and matching shorts to the beer-soaked evening.

Arnold’s longtime love Heather also stunned the fans in a navy dress over a white shirt. His son Patrick brought his own girlfriend, Abby Champion, to the event.  Arnold and his sons took turns instructing the orchestra with each of the men showing off their musical flourish. The Hollywood star also was spotted enjoying Oktoberfest on Sunday with his family in Munich. 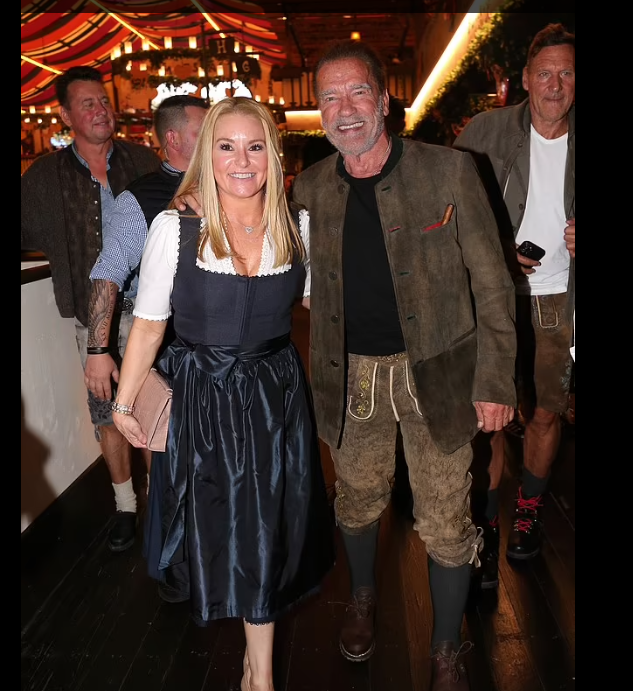 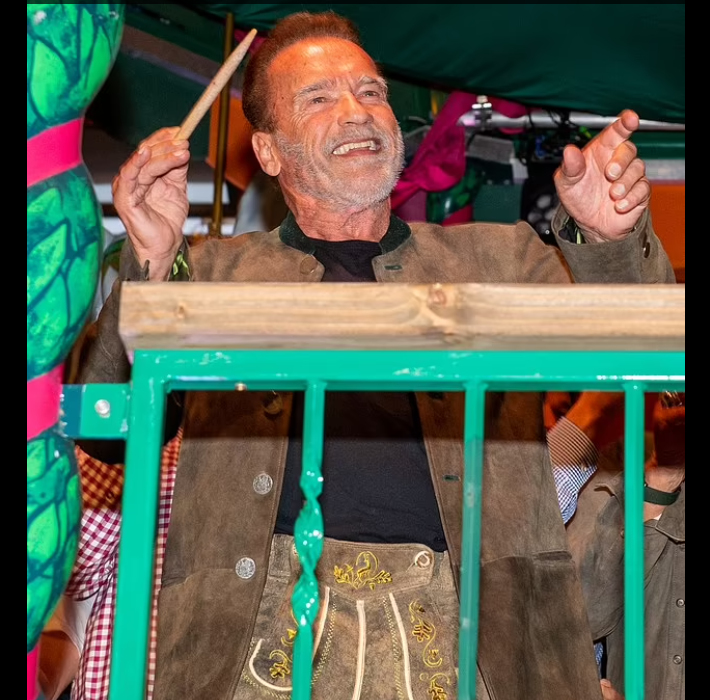 Arnold in his early bodybuilding days, knew how to train his muscles, but he didn’t know everything about it. He built his symmetrical physique after some advice from legendary bodybuilder Reg Park, specifically about his calves. Arnold Schwarzenneger said about the same in a newsletter:

“When I went to train with my hero, Reg Park, he pulled out a tape measure and measured my calves and my biceps. He said, ‘Arnold, your calves are 19 inches and your biceps are 21 inches. You might win Mr. Universe like this, but you’ll never go all the way. You need to build up your calves. Every step you take is a 250 pound calf raise. So to grow, you are going to have to go as heavy as possible, and you’re going to need to do 10-15 sets every single day.'”