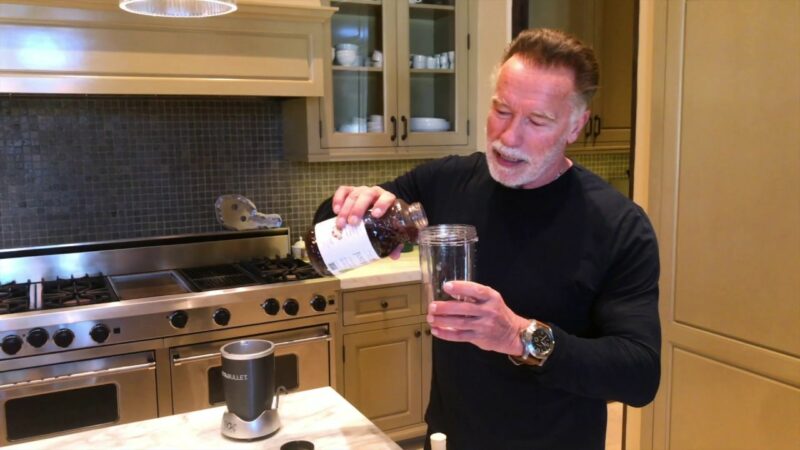 Titled ‘the GOAT’ when it comes to the bodybuilding world, Arnold Schwarzenegger has truly made a mark within the industry. Not only has he won the Mr. Olympia seven times, but he also was the first bodybuilder to transition from the world of bodybuilding into the mainstream when he went from the weight room to the big screen.

Since Arnold has laid down a path which all bodybuilders aspire to; it has put he and his family in the spotlight very heavily. Two out of three of Arnold’s sons seemed to be on different life paths when we look back a few years, but it looks like the two are now both heavily involved in the fitness game just like their father.

Christopher Schwarzenegger looks totally unrecognizable now as he lost a lot of weight and seems to be putting those Schwarzenegger genetics to work as he is catching up to his brother, Joseph Schwarzenegger, who is very involved in the bodybuilding lifestyle.

A source via Daily Mail stated: “He made it his goal to get healthy for graduation and he stuck to it. He started working out and making better food choices. He was away at school living like a typical college kid for a few years, but he’s growing up now and ready to take better care of himself.”

The insider said that Christopher didn’t drop the weight through a ‘fad diet or crash diet.’ Rather, he has been losing weight the old fashion way by cutting junk food and working out.

His efforts to live a healthier lifestyle have even impressed his family. Last year, when Christopher celebrated his 24th birthday, both his father Arnold and brother Patrick commended him on his exercise regimen.

Patrick wrote: “Proud of you. New job. Crushing in the gym. Whole new person. Can’t wait to see what this year brings.”