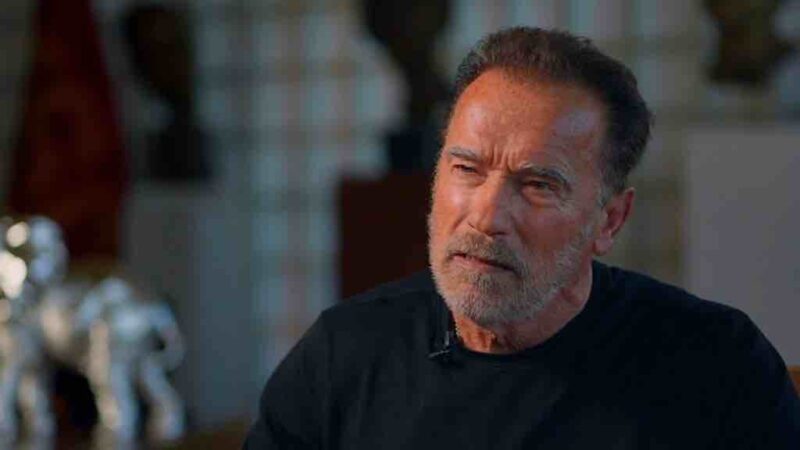 Icons like Arnold Schwarzenegger and Bruce Springsteen were involved in a party longtime Hollywood thrown by couple Tom Hanks and Rita Wilson. Setting the stage, Wenner shared that a party Hanks and Wilson held included a slew of esteemed guests, not limited to Bruce and Patti Springsteen and Arnold Schwarzenegger and Maria Shriver, though those couples are important to this story. In fact, it was the “Glory Days” singer who told a story that was impactful enough that it silenced the entire table at the dinner party.

In his memoir Like a Rolling Stone Wenner wrote (via Page Six) that Springsteen told a story about sharing his life with another that was so thoughtful the entire room listened enraptured.  The moral he ended on was this:

“Once you get married, there’s another person you have to be considerate of and share your life with [as] your equal.”

It seems to have been an impactful moment, as Wenner described a room in silence after the story was told. It was Arnold Schwarzenegger who brought things back down to a lighthearted mood, jokingly telling his then-wife Maria Shriver, “Time to go Maria! Heel!’ (A seemingly on-brand move for the End of Days actor, who allegedly once farted in a co-star’s face, on purpose.)

It’s also worth noting that Bruce Springsteen is still married to Patti, his second wife, with whom he has been wed to since 1991. On the other hand, Arnold Schwarzenegger and Maria Shriver had a high-profile divorce that only wrapped in 2021. They split after it was confirmed Schwarzenegger had fathered a child with a household staff member. Their son, Joseph Baena, had been born in 1997.