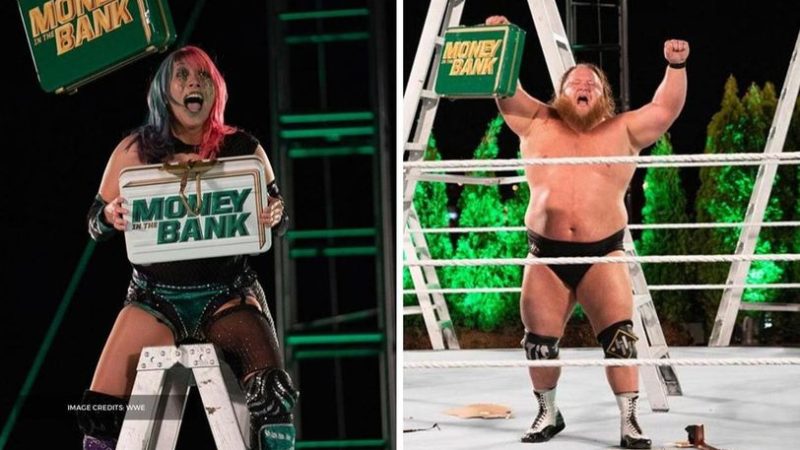 This year’s Money In The Bank event was different from previous iterations. The two ladder matches took place simultaneously in WWE Headquarters and on top of the roof. WWE came up with this innovative idea due to the COVID-19 pandemic. Asuka and Otis came out on top this year.

In the women’s MITB ladder match, Asuka, Lacey Evans, and Nia Jax were the only competitors who were able to make their way to the roof. After all was said and done, it was Asuka who managed to get hold of the briefcase and won this year’s MITB match.

In the men’s MITB ladder match, it came down to Otis, AJ Styles, Baron Corbin with Styles and Corbin on top of the ladder fighting for the briefcase. They both unlocked the briefcase, but then Elias came out and hit Corbin with a chair. AJ Styles dropped the briefcase and Otis was the one who caught it, thus becoming Mr Money In The Bank.