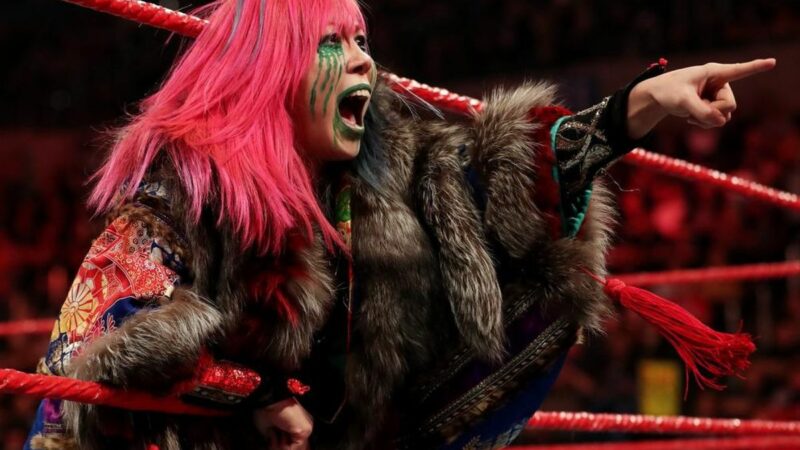 Asuka has not been on WWE programming in several months after getting her teeth literally knocked out ‘The Queen of Spades’ Shayna Baszler. It was also feared that Asuka had a concussion as well. In an update to this, it was revealed that Asuka finally got her teeth fixed, taking to social media via Twitter to thank her dentist.
However what many people were quick to point out was the cast that was on her arm. It is unclear as of now what has happened to the arm of the former WWE Raw Women’s Champion. Asuka recently called out her ‘removal’ from WWE.

In other news featuring Asuka, ‘The Original Bro’ Riddle was infamously in a WWE Monday Night Raw segment with the ‘Empress of Tomorrow’ earlier this year where he talked about how big scooters are in Japan and famously forgot his lines. Here, during a recent interview with Bleacher Report, the current WWE Raw Tag Team Champion discussed what happened after the cameras stopped rolling for that particular promo. Credit to SportsKeeda for the below.

“They had me talking about robot fights and Tokyo underground battle bots, there was a lot there. In my defense, they waved me over and I thought it was just a rehearsal. I was like, ‘Nooooo!’ I thought I messed up so bad. I was like, ‘Shoot. I can’t believe I did that.’ But then Bruce Prichard and everybody thought it was better than what was written for me.”, said Riddle.

I finally got new teeth! It took 6 months since I lost my teeth😬
Thank you Dr. Byron M Blasco👨🏼‍⚕️ pic.twitter.com/eCsfEpfthd