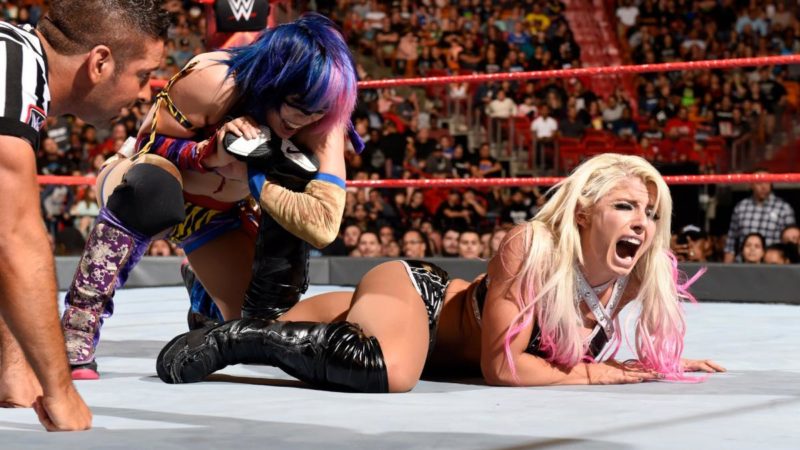 Asuka has long been one of the most dominant women in WWE. The current RAW Women’s Champion has had an excellent run with the title over the past year. Ever since Becky Lynch handed the Championship to the former Money in the Bank briefcase holder, she has managed to fend off every challenger. She even defeated the likes of Bayley and Sasha Banks, regaining the title soon after she lost it once.

Now, the RAW Women’s Champion has another challenge on the horizon. In a non-title match on WWE RAW, she will be defending her title against the likes of Alexa Bliss. Bliss is returning to in-ring action for the first time since she defeated Nikki Cross back in November. Since that time, Bliss has been going through a complete change thanks to the influence of ‘The Fiend’ Bray Wyatt. Just last week, she blasted Randy Orton with a fire-ball to the face.

Asuka might be in for a considerable challenge when she faces this new Alexa Bliss on WWE RAW. However, when WWE put out a poll as to who the WWE Universe thought would win, she had an objection. The polls had Bliss leading as the one the fans thought would win.

The Empress of Tomorrow retweeted the poll and asked WWE if there was not something ‘wrong’ with it. She clearly did not appreciate the fact that she was trailing in the polls.

Her fans immediately came out in force, and since she put out that tweet, the polls are once again in her favor. While the RAW Women’s Champion will be happy that she was able to swing the opinion of the WWE Universe, she is also in for quite a challenge. Alexa Bliss is not just another wrestler and there is something… fiendish about her at the moment.

With that being said, The Empress Of Tomorrow is known for being dominant, and the results of the match on RAW remains unpredictable.