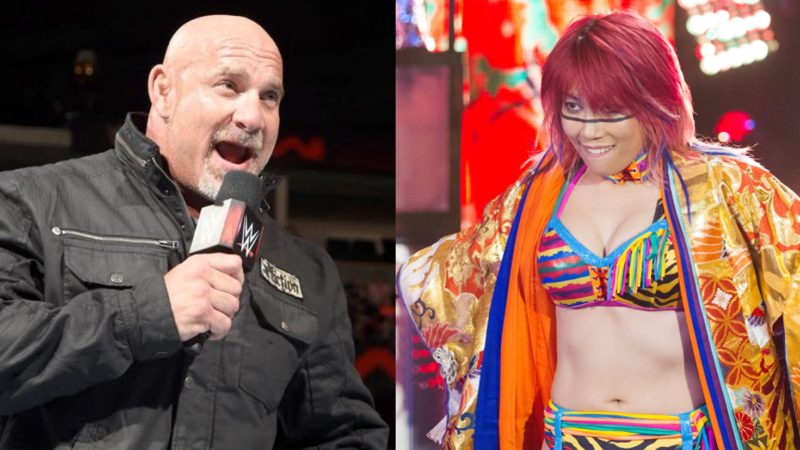 That’s 22 more matches than the WCW Veteran Goldberg’s undefeated streak which lasted for a whopping 155 matches before being broken by Kevin Nash.

Though surprisingly, till now WWE hadn’t acknowledged this fact from an official stage. The first official acknowledgement came yesterday night by the Champion herself when she tweeted out about being the undefeated champion with the longest winning streak in WWE:

I respect Goldberg so much. He is amazing. I am honored to be the undefeated champion with the longest streak in WWE history. #WWE #WWENXT pic.twitter.com/eOZXIj4NGV

Soon enough after this tweet, the former record holder Goldberg replied with a tweet of his own and said that the streak is in good hands:

It’s worth noticing that WWE is quite manipulative when it comes to numbers and the reason why they didn’t acknowledge Asuka crossing Goldberg’s streak yet could be because they are planning something big for her.

Now as the company seems to be ready to acknowledge the current NXT Women’s Champion as the champion with the longest winning streak, we may see a big celebration coming for Asuka at the upcoming episodes of NXT.