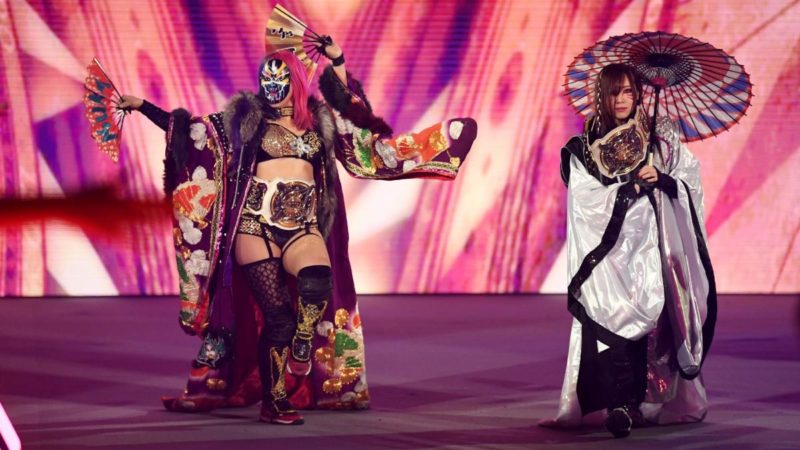 It was announced that Asuka would face Shayna Baszler on Monday Night RAW tonight. When it comes to dominant Superstars, these two former NXT Women’s Champions are at the top of the list.

With both The Queen of Spades and the Empress of Tomorrow dominating the Black & Gold brand in their years there, this felt like a dream match. When it was announced for RAW, fans were excited to be seeing a PPV quality match on free TV.

Sadly, Asuka will not be competing tonight. WWE stated today that she’d suffered a sprained wrist and is not medically cleared to compete. However, her Kabuki Warriors partner Kairi Sane will step in, taking on her old rival.

Sane and Baszler have a storied history with each other. Baszler was knocked out of the Mae Young Classic Finals by Sane, and the two traded the NXT Women’s Championship in 2018.

Hopefully, we’ll see Asuka take on the Submission Magician in the near future. Still, a rematch between Sane and Baszler is a fantastic back-up.