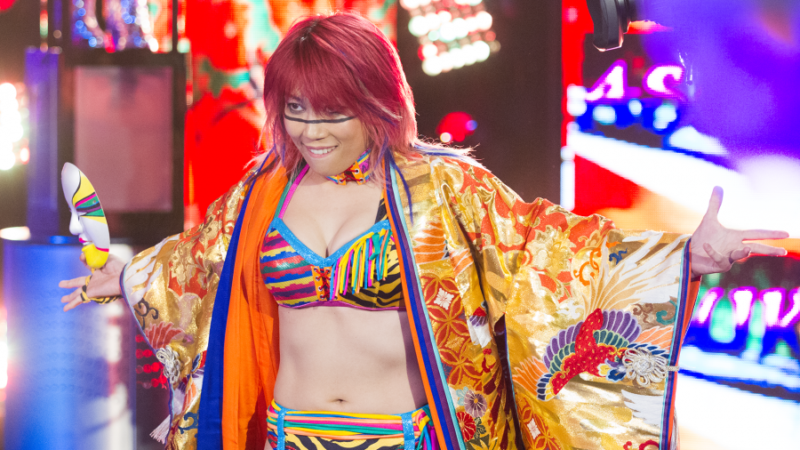 Asuka is pushing an event that won’t even be happening on Twitter, but can we blame her?

Asuka recently took to Twitter and posted a photo of her and the very pregnant, Lacey Evans, alluding to the possibility of the match between her and Evans still being on.

As of now, there has been no talk of a replacement for Evans, but there is no way that WWE will or should allow this match to go on. The match could end in a roll up pin, but even that would be too much.

Via Wikipedia, the match has been taken down entirely off of the card. If there’s any plausible guess at all, it’s that a replacement will be named during the last second to the start of the Asuka vs Lacey Evans match.

Followers of Asuka on Twitter seem a bit furious that the match is still being pushed. While they want to see the match happen, they also realize the reality of Lacey Evans legitimately being pregnant.

Fans of Asuka are speculating that a possible replacement for Lacey Evans could be Peyton Royce. While we haven’t received any information with merit, we may have to wait until the Elimination Chamber pay-per-view for any form of clarification.